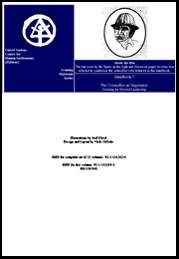 This exercise is for participants to use negotiation skills to settle a contract disagreement between two districts over use of a bulldozer.

Distribute The Bulldozer Disagreement case. Ask participants to read the case and the role descriptions for three officials who are meeting to work out a settlement of the disagreement. Divide the participants into small groups of three participants each and ask each member of each small group to agree to play one of the three roles in the case.

1. What did each party to the negotiation see as an acceptable solution to the disagreement?

2. What was the outcome of the negotiation?

3. What sort of process was used to achieve this outcome?

4. How satisfied are each of the parties with this outcome and why?

When time is up, call the small groups back together and ask for reports from each of them with particular emphasis on their answers to the four questions Discussion.

A disagreement has developed between Apac and Lira district authorities over the sharing of a bulldozer meant for the two districts. Apac District Resistance Councillors (DRC) are accusing their counterparts in Lira of having monopoly over the use of the bulldozer. In Lira, the authorities say they collect the machine from Apac only when it is idle.

The issue generated a heated debate in the District Development Committee (DDC) meeting in Apac last week. At that time, the councillors teamed up to fire a barrage of questions to Mike Odongo, Executive Engineer, Department of Works for both Apac and Lira. A councillor from Apac charged that, before the bulldozer was taken by Lira, some of the parts, like the blade, had been fixed using Apac funds. He suggested that Lira should compensate Apac for the repair cost.

Engineer Odongo said this was a trivial thing over which the parties could waste a lot of time. He pointed out that some of the parts on the bulldozer, like the blade, wear fast and are replaced nearly fortnightly.

The Apac DDC members, however, stood their ground. After more wrangling, Odongo commented that maybe a mistake had been made when the road equipment was given to the two districts to share.

Sam Ogenrwoth, the acting District Executive Secretary for Lira, commented that when the machine was collected by Lira, it was idle in Apac. He stated that it was first borrowed from Lira by the National Army's 2nd Division to do some road work at their base before it was handed over to the District Administration. The bulldozer currently is being used to do some work in Kioga County, Lira District, under the feeder roads maintenance programme.

Ogenrwoth said that two months earlier the District Secretary from Apac, Mr. Apire, saw him about the bulldozer. “I told them that, if they needed it, they should contact me. But since we met, they have never been in contact with me,” he said, adding, “If the bulldozer is free now and if they make contact, we have no reason to retain it.” Mr. Ogenrwoth expressed his opinion that it would not be cost effective for the equipment to move between Lira and Apac on a weekly basis because of the high cost to transport the machine.

Mr. Apire, who chaired the meeting, attempted to cool the tempers of DDC members from Apac by appealing for calm. He promised that the matter would be resolved “administratively” at a meeting to be held within the week and attended by representatives of the two authorities.

You are the Executive Engineer for the Department of Works with responsibility for both Lira and Apac. The decision to allocate the road equipment responsible for joint use of the two authorities was made on your recommendation. You had no idea that sharing the bulldozer, rather than be the benefit you had envisioned, would become a source of bickering and hard feelings. You hope representatives of the two authorities can be reasonable and work together to find a solution to the problem. If they can't, you are prepared to recommend against continuation of the shared arrangement and for moving the equipment elsewhere.

You have principal responsibility for use of the bulldozer while it is in Lira's possession. You are puzzled by the unreasonable attitude of Apac officials. They have been told that they can contact you anytime they need the equipment and, if it is not in use on a Lira project, that they are welcome to collect it. However, you prefer a way of giving each authority possession of the equipment for at least two to three months at a time to avoid the high cost of moving the equipment more frequently.

Responsibility for the bulldozer while in use by Apac has been given to you. Since the equipment was made available several months ago, Apac has had the bulldozer only once for a period of one week. Since then, it has been in Lira's possession. You agree with your colleagues that Lira has a monopoly on the equipment, a matter made worse by the fact that the only repairs made to the equipment have been made by Apac. On one occasion when you tried to make contact with Lira officials about collecting the bulldozer for a project, no one could be reached by telephone.