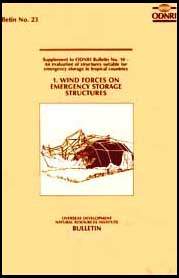 The nature of weather

Wind is air in motion caused by horizontal pressure difference, itself caused by heating and cooling of the troposphere - the lower 11 km of the atmosphere. (Houghton and Carruthers, 1976). Horizontal temperature changes are shown on a map by isotherms; isobars indicate pressure gradients, important in estimating winds. Gravity-induced convection and the rotation of the earth are responsible for nearly all atmospheric motion; if a volume of air becomes lighter than its surroundings it will rise and start a new phase in wind. Hurricanes progress with heating from below and cooling from above.

In conditions, known as temperature inversion, where temperature increases with height, vertical air movements are damped out and, in simple terms, stability results. Normally in the troposphere temperature falls with height, the rate of fall being described as the lapse rate. The value of the lapse rate determines the stability of the atmosphere and a lapse rate calculation is shown in Appendix 1. The standard lapse rate for a semi-saturated atmosphere is 1 °C per 150 m; if the atmosphere cools any faster with height it is unstable. Such instability can lead to rapid and violent convection of air masses which in turn cause storms and associated winds. Dry rather than humid air only reaches instability over hot surfaces like roads or deserts where convection causes a shimmering effect. Conditional instability is when humid air loses moisture by condensation as rain and then behaves like dry air.

Winds are common over hot deserts, and are caused by the rise of warm air which finds its way through the cooler air above it; a special case is the dust devil. Its larger relative is the tornado, a storm whose surface winds cause severe structural damage. Wind forces in tropical climates are frequently dangerously high. This movement of air and the forces it exerts are the subjects discussed next.