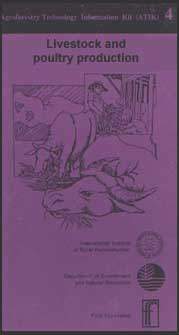 As a point of reference, this paper will consider a cultivated or improved pasture of such grasses as Pennisetum purpureum, Panicum maximum and the like as the on-famm source of forage. In the main, this is the type of pasture the colleges of agriculture and the Department of Agriculture's animal breeding centers have or strive to have. These pastures provide a sustained supply of herbage to a large number of productive animals This is the technology brought home from advanced countries where most of the Philippines' animal scientists and pasture agronomists were trained.

About 80 percent of Cattle and goats (99 percent for carabaos) are raised by small-holder farmers. In general, these farmers do not establish pasture. They raised cattle or goats because forage is available - from unused subdivision lots, wasteland, roadside, embankments, paddy bunds, etc., in the form of native grasses and trees, sometimes.

The use of trees and shrubs as feeds is probably as old as the domestication of animals Through experience, the backyard farmers have determined the tree fodder, useful for their livestock. A tree species maybe used as herbage in some places but not in others. For example, mamalis (Pitiosporum pentandrum) leaves are used by farmers as animal feeds in Cebu and Bohol but not in Bicol. Bometimes, the farmer may not be aware of fodder trees but the animal would pick at them along the way as it is led to wallow or work field; or as it chanced upon the trees or shrubs as in the case of grazing animal. In many places in the Philippines, it is the practice of farmers to give grasses only as green chops to their animals except when ipi-ipil is available. The use of Leucaena in forage feeding (kumpay) is now widespread so that this species will not be considered as an off-famm tree fodder in this paper.

Research on forage production from trees and shrubs is very meager compared with the massive research efforts on pasture grasses. The subject matter falls between traditional purviews of animal scientists and foresters and thus accorded limited attention by either. When large pastures are established, usually trees and shrubs are first cleared away. But the use of these plants as fodder source is very appropriate for the livestock production system in the Philippines and they deserve extensive testing of their productivity and utilization. Some trees and bushes such as Desmanthus species are reportedly free of toxic materials unlike Leucaena Desmodium species are accordingly so palatable and nutritious that they are termed "alfalfas of the tropics"; Avicennia leaves, especially A. marina, have been reported as more nutritious than the queen of forages - alfalfa.

Table 14 enumerates some trees and shrubs that have been reported to be used as forage. Only very few of them, however, have been studied for productivity, chemical composition and utilization. Table 15 shows some nutrient components of a number of fodder trees.

Although most of the trees are legumes, there are species from other families that are promising such as Moringa and Morus of Moraceae family. It can be seen in Table 15 that fodder trees can supply the protein need of numinants. Napier grass in dry season has only about 7 percent crude protein at 60 days old (Castillo and Gerpacio, 1976). Most of these trees are luxuriant even at the height of summer when grasses are dying and can, thus, provide the feed at this crucial period.

The main source of forage of the subsistent livestock farmer is the uncultivated or offfarm grasses which abound in his surrounding. Some of these grasses are promising in palatability and yield but have not been given emphasis in research. For example, barit or sacate (Leersia hexandra) and bungalon (Panicum stegninum) were described by Loosli et. al (1954) as very palatable and imparting unusual stamina to horses, yet they are more known as cropland weeds.