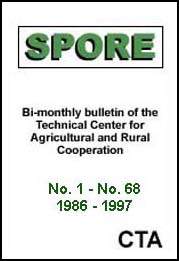 Parks and nature reserves: the driving force of ecotourism

Nature reserves and national parks were originally conceived as a means of preserving flora and fauna in their natural habitat. Now they are often seen as a means of generating more lucrative activities, particularly those linked to hunting, and to cultural or ecotourism. The traditional rights of the original inhabitants in those areas designated as reserves has in the past often been overlooked or ignored, but it is now requiring arbitration of a polical nature. What rights should people have to make use of the areas, what role should they play in their management and, most sensitive of all, what share of the revenue should they receive?

Well before the creation of the first American national park, the Yellowstone, which was established in 1872 as the first of the modern protected areas, cultural tradition in many countries protected certain areas from human activity to a greater or lesser extent. Even today, sacred woods are an effective sanctuary for natural resources, even though this was never their primary function. The practice of ra'ui, by which the inhabitants of the Cook Islands limit and control the periods during which specific areas can be used, appears to be similar in all its objectives and regulations to the rules of resource management laid down for contemporary protected areas. However, modern methods of protection have introduced many new ideas to traditional practices. This applies in particular to national parks from which, in theory, all human activities within their vast territorial boundaries are excluded.

From colonial times until quite recently, natural reserves have generally been imposed by State authorities, sometimes encouraged by donors, but without prior consultation with the inhabitants affected and very often without taking any account of customary rights of usage. In some extreme situations, the cause of protecting biodiversity has been used to justify the full-scale displacement of local inhabitants by force. Perhaps because of this, there have been many setbacks and failures. Poaching, which leads to systematic destruction, has taken over from traditional hunting, and the felling of trees for fuelwood continues unabated, if clandestinely. In some countries of the South Pacific, where land ownership is still governed by customary rights, initial efforts to create national parks have met with little success. David Sheppard, director of IUCN's National Parks Programme, says that this is because insufficient attention has been paid to traditional land ownership.

When game is more profitable than livestock

Another characteristic of protected areas and their natural wildlife is that they have become the centre of a flourishing ecotourism industry. This offers much greater economic opportunities than big game hunting, which was enjoyed only by a privileged few. Kenya, which was one of the first countries to exploit this niche market, now has 50 reserves and national parks. Favoured with a beautiful landscape and exceptional wildlife, Kenya's ecotourism industry has enjoyed considerable success. Ecotourism, in which the camera shot replaces the gun shot, is now generating $320m annually in direct and indirect revenue and has become the principal source of foreign earnings.

The Campfire programme (Communal areas management programme for indigenous resources) in Zimbabwe is developing a decentralized strategy for deriving the maximum benefit from the communal lands. These marginal lands, in principal allocated to livestock, are a natural reservoir of migratory animals. R B Martin, Deputy Director of Research in the Department of National Parks and Protection of Wildlife, considers that the revenue from land exploited for its wildlife is greater than from land used for livestock. In the one region of the country, where net revenue from livestock does not exceed $0.6/ha, enterprises which involve wild animals are currently realizing $1.11/ha. Many studies conducted at national level show that potential revenue would be in the region of $5/ha for game hunting and $25/ha for ecotourism.

Exploiting the natural resource of wildlife, by introducing controlled hunting or ecotourism, could be a lifeline for some countries. When all the land which is devoted to exploiting the wildlife is taken into account, including private, communal and protected areas, practically one third of Zimbabwe lives by its wildlife, R B Martin estimates.

There is, however, no single solution that can be applied in all situations, to guarantee the long-term viability of reserves and, through them, ensure sustainability of the wildlife resource. While the overall policy regarding protected areas, as well as the considerable investment required, must be made at national level, the support of the local inhabitants is absolutely crucial to the success of the projects. This support can only be obtained if local people are involved in project planning from the beginning. They must be involved in the management of the parks or reserves as well as ultimately, receiving a share of the profits. The success of programmes like Campfire in Africa appears to be linked, at least partly, to the income they bring to local communities. This allows them to carry out community projects such as constructing wells or schools or even to make a direct 'dividend' payment to each landowner. ·