From Hazardous Waste to Problem Solver 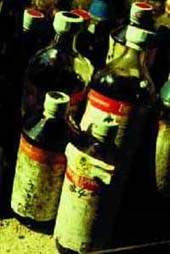 Malaysia: The incineration of pesticides in a rotary kiln is one safe method of disposal.

The chemicals sector has enjoyed consistently high growth rates in production and international trade volumes since the 1960s. Worrisome is the fact that chemical products are being exported to countries which lack the preconditions for proper registration and for the safe application of such substances.

Indeed, not only the chemicals themselves enter circulation. The production processes and the chemicals’ life cycles are attended by large quantities of highly toxic waste. Even hazardous wastes are preferentially shipped off to countries that have not yet adopted laws with which to protect themselves.

Periodical scandals cast a harsh light on how chemicals are handled. Health hazards and environmental issues are attracting more and more of the public’s attention, and that has been instrumental to the emergence of legal prescriptions that regulate the buying, selling and application of hazardous chemicals and the disposal of toxic waste.

GTZ was early to realize the problem potential of obsolete pesticides. As early as the mid-1980s, before the Pesticide Disposal Project was even conceived, the Malaysian-German plant protection project conducted some initial experimental trials concerning the disposal, in a developing country, of old pesticides that were no longer fit for use. In a technically sophisticated cement factory near Kuala Lumpur, small quantities of obsolete pesticides were successfully incinerated.

Soon after its launching in 1984, the Malaysian-German pesticides project encountered some obsolete pesticides that had to be dealt with. The rotary kiln at a cement factory in Rawang near Kuala Lumpur presented itself as a pragmatic solution. The factory’s managers supported the project and agreed to a series of incinerating trials.

At first, in 1985 and 1986, a number of trials were run with small amounts of liquid waste. Then, in 1987, the cement kiln was loaded with 70 kg of herbicidal residue with a theoretical chlorine content of 13.2 kg and a 2, 3, 7, 8 TCDD content of less than 1 µg/kg. Dust samples taken from the filter before and during the incineration process showed that burning the herbicide apparently had no effect on the average chlorine content of the precipitated dust, and it contained no detectable PCDD/PCDF isomers.

In an experiment conducted around mid-1989, substantial quantities of liquid and solid pesticides were incinerated, including such organochlorine compounds as lindane, DDT and endosulfane. Flue gas monitoring documented that the chlorine, hydrogen chloride and phosgene levels were situated within the acceptable emission limits for industrial stack gases in Malaysia. Even the elevated chlorine content of the cement clinker remained well within the permissible maximum concentration.

These trials inferred that the incineration of such organic compounds as pesticides in rotary kilns is both feasible and safe. The findings presented in 1987 at a conference in Pattaya, Thailand, were very well-received. Soon, a number of national development agencies and such international organizations as UNDP, FAO and WHO began to promote the technique.

Obsolete pesticides are agrochemicals, the further use of which is neither possible nor permissible. They are regarded as hazardous waste and must be properly handled and disposed of in accordance with national and international regulations and directives.

The Basel Convention on the Control of Transboundary Movements of Hazardous Wastes and Their Disposal stems from a 1981 initiative in reaction to the mounting number of illegal transboundary movements of waste to countries of the Third World, where serious environmental damage was feared. The convention was adopted in 1989 and entered into force in 1992. In the meantime, this international agreement has been ratified by more than 100 countries and the European Union, all of which pledge therein to afford first priority to the avoidance of hazardous waste. Where that is not possible, such waste is to be eliminated at its place of origin. In 1994, the export of hazardous waste from OECD countries to non-OECD countries for purposes of disposal was banned as of immediately. A corresponding ban on the recycling of hazardous waste came into force in 1997. Ex-country disposal is only permitted on exception, primarily for cases in which the country itself has no suitable disposal facilities. In such cases, industrialized countries assure developing countries the provision of technical assistance.

Adopted in 1991, the Bamako Convention is an adaptation of the Basel Convention to the African situation. Signed by nearly all countries of Africa, it includes a ban on the importation of hazardous waste to Africa and prescribes the supervision of transboundary movements.

The 1998 Rotterdam Convention on the Prior Informed Consent (PIC) Procedure for Certain Hazardous Chemicals and Pesticides in International Trade came about in reaction to the broadening of international trade in toxic chemicals and its consequential problems, most notably in developing nations. Its prime objective is to help protect countries which do not yet have adequate means of import monitoring, management and infrastructure.

A chemical is deemed hazardous if its use in a PIC signature country is either banned or severely restricted for reasons pertaining exclusively to its effects on human health or the environment. The same applies to certain pesticide formulations, the toxicity of which causes health problems if they are used under suboptimal conditions - which often prevail in developing countries.

The aim of the PIC procedure is to disseminate information on the risks and hazards involved in the transportation, distribution and application of such chemicals. It therefore serves as a decision guidance document for use by the importing countries. At present, the PIC procedure is being applied to 22 pesticides and five industrial chemicals.

List of pesticides that have been made subject to the PIC procedure (Status: March 1998)

In addition certain formulations of:

Pesticides are classified according to acute lethal dose.

This approach to the elimination of highly toxic waste was a logical choice: to this day, experts regard the thermal disposal of organic chemicals as one of the safest, most practical options available. Moreover, numerous developing countries have the requisite, suitable cement factories.

The findings from these experiments indicate that the safe thermal disposal of pesticides is, in principle, possible in developing countries. Of course, each case depends on the type of waste to be incinerated and which level of technical standards the cement factory satisfies: pesticides containing large amounts of halogens or heavy metals, as well as inorganic compounds, are unsuitable for incineration. Likewise, not all cement factories can be adapted at reasonable cost. Chapter 5 will deal with these matters in more detail.

After that, one developing nation after another sought concrete assistance for disposing of their old pesticides. The German Federal Ministry for Economic Cooperation and Development (BMZ) therefore launched a pilot project dedicated to collecting and portraying experience relevant to the new field of activity.

Between 1990 and 1999, the “Pilot Project on Pesticides Disposal” devised concepts and procedures for the disposal of old pesticides, containers and cleaning of contaminated storage sites in developing countries. This concerned not only the relevant technology and administrative procedures, but also systematic, cooperative problem solutions. The chief aim is for decision makers and partner country specialists to acquire know-how that will be of use to them for other waste management tasks as well. Countries with similar problems, it is hoped, will also profit from the experience gained via this pilot project.

Twenty-five individual measures were completed in the course of the project term. It was not possible to satisfy all inquiries, since the demand was too heavy for the available amount of funding. Consequently, an applicant selection process had to be instituted on the basis of criteria geared both to the pilot character of the project and to development-policy principles.

First of all, the problem relevance and the hazard potential had to justify intervention. Organochlorine compounds, for example, account for a substantial share of the overall old-pesticide incidence and therefore constitute a problem for many different countries. By now, the application of such substances has been either banned altogether or severely restricted in nearly all countries out of concern for human health and the environment. The hazard potential of other substances has less to do with their persistence than with their acute toxicity. In general, the hazard potential is all the greater, the more likely it is that the substances will come into contact with people and the environment.

Also, it was deemed necessary to demonstrate on a model basis the various local disposal options. According to the Basel Convention, the exporting of hazardous waste remains an exception that is only justifiable if no suitable local facilities are available at the place of origin. Thus, the long-term establishment of local disposal facilities is of key importance.

The chances for success also counted among the selection criteria. The project gave preference to cases in which the prospects for cooperative solutions were the greatest. Partners who recognize their own co-responsibility play a more active role in finding solutions to their problems and are more likely to cope successfully with the kind of difficulties that are always encountered in connection with waste management measures. This applies in like manner to the competent authorities in the developing countries and to pesticide producers, a number of whom have participated in successful cooperative programs.

Finally, the partner countries’ willingness to practice prevention was an indispensable prerequisite for the provision of assistance. Waste management is laborious, risky and expensive, for which reason it is seen as a unique element of development cooperation. Within the partner countries, mechanisms with the capacity to effectively prevent the further occurrence of problem waste must “take hold”: legislatural measures, for example, and up-to-date licensing criteria, quality assurance and deployment checks, reformation of the procurement system, improved storage and transport management, etc. 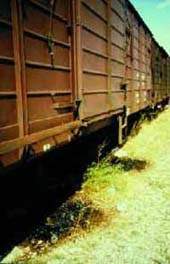 Albania: Leaking pesticide containers are a hazard for the environment. (1) 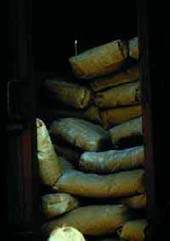 Albania: Leaking pesticide containers are a hazard for the environment. (2)