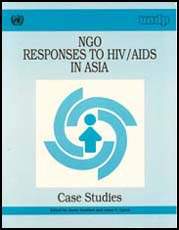 Discussion Question 1: What factors facilitated the addition of HIV/AIDS interventions to PPAT's family planning programmes? What additional factors might influence the integration of HIV/AIDS programmes in your own country and why?

Despite the words of the Executive Director quoted in the case, PPAT's prime mission, as shown in Exhibit 2, is the delivery of family planning information and services. PPAT members and Staff were "committed to family planning" and, in addition, this was a time when there was still widespread fear of AIDS and discrimination against those infected with the HIV virus. PPAT's clients might themselves have been "scared away" from the family planning clinics if they felt that PPAT was dealing with those infected with AIDS. Similarly, PPAT staff might have been anxious about their own reputations and the potential risks involved in working with those who might be infected. Despite these potential problems, PPAT appears to have managed the transition with few problems. Some of the possible reasons, as indicated in the Case are as follows:

- IPPF, PPAT's most important funding agent and to which PPAT was affiliated, had established its own AIDS Prevention Unit;

- By 1989, the Thai Government was changing its HIV/AIDS prevention and education strategy. At that time," it was then seeking NGO-Government collaboration in the fight against AIDS and this would have helped to justify PPAT's action with its Council and Executive Committee members;

- International reports of HIV/AIDS prevention activities and programmes would have helped PPAT to convince both its members and staff of the need for it to get involved in HIV/AIDS;

- The increasing rates of HIV infection in Thailand would also have had an impact on how PPAT members and staff viewed the problem of AIDS;

- PPAT's managers were committed to "improving the quality of life for the Thai people". Given the regular meetings and the general open communication among the staff, it is likely that this commitment would have been shared by other staff and volunteers.

- PPAT staff educated themselves through reading and discussing information and reports about HIV transmission and prevention. In addition, several staff members attended training events and conferences on HIV/AIDS (such as the IPPF HIV/AIDS training programme for FPA staff). This would have helped staff to understand how HIV was transmitted and to reduce their own fears.

- PPAT encouraged staff members to discuss the situation and contribute to the decision about the course of action PPAT should take.

(b) Factors that might influence HIV/AIDS and FP integration in other countries:

- Whilst family planning may be acceptable in some countries for married couples, the provision of sex education, counselling, and talking openly about STDs and safer-sex practices, might be very difficult. Public (and therefore, official) sentiment would therefore be opposed to any HIV/AIDS education and services being offered outside of the family planning clinic.

- Religious barriers might hinder the promotion of condoms for STD protection among unmarried couples, since this would be viewed as 'promoting promiscuous behaviour'.

- HIV infection levels might be perceived as less of a threat than in Thailand, so both family planning clients and staff might not accept the need to provide HIV prevention education or services.

- A government's position on HIV/AIDS (whether it recognises AIDS as a problem; whether it is willing to talk openly about the risks to everyone and how people can protect themselves; whether it has established any programmes either within the government agencies or through nongovernmental organisations) will also have a significant influence on how a family planning programme will respond.

- Donors often differentiate between condoms provided for family planning and those supplied to a country for HIV/AIDS services. A family planning programme might find itself in difficulties with its donors over the reasons for its promotion of condom use.

- The extent to which the family planning programme already offers other related services such as screening for cervical cancer, gynaecological examinations and treatment, STD services, etc. will probably have a significant influence on the ease with which HIV/AIDS interventions can be added to the portfolio of activities.