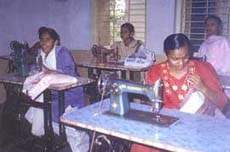 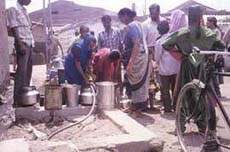 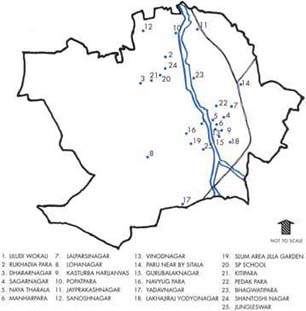 Rajkot is situated in the heart of the Saurashtra region of western India. The city was founded in the 16th century by Rajput Chief Kunvar Vibhoji Jadeja. Till a permanent settlement was brought about by the British in the early part of the 18th century, the city had seen continuing strife and clashes between the Rajputs and the representatives of the Mughal rulers. The city changed hands a number of times. From 1808 till its merger with the Indian Union, Rajkot was ruled by the Jadeja Rajput clan.

Rajkot is the capital of Saurashtra and has a central location in the region being a part of Gujarat State. Its importance as a capital is attributed to its geographical location, its cultural heritage and the development potential possessed by the city. The present level of development is an outcome of the process of progressive development over many decades. It is a city which enjoys a position of importance in the field of trade, industry, education, transportation, communication, and entertainment.

With the process of urbanisation in the whole of India in the beginning of 20th century, Rajkot was also affected by the wave of urbanisation and industrialisation. The development of trade and industry gradually re-shaped the life of the people. In the early period the establishment of cloth mills in the city of Rajkot led to the development of new residential areas like Millpara, Harishchandra Plot, Gundewadi and Kewdawadi. The new railway station known as Bhaktinagar station also came into being. Later, new industrial estates, residential areas, schools, colleges and cinema houses were added with the process of urban growth. Independent India gave a further boost to development. Thereafter Rajkot eventually became an important centre for trade and commerce with a wide network of transport facilities by air, railway and road. Rajkot Municipality was subsequently converted into a Municipal Corporation in 1973. Rajkot Municipal Corporation (RMC) has the following statutory authorities under the Corporation Act:

The authority exercised by each of these organs of administration are specific. While the General Body and the Standing Committee are vested with the powers of taking specified policy decisions for the development of the city, the Municipal Commissioner as Chief Executive Officer of the Corporation is vested with executive and financial powers and is responsible for day to day administration of the Municipal Corporation.

In the Municipal Corporation, the elected wing takes decisions through collective wisdom byway of Boards/Committees. Though Rajkot city has witnessed ups and downs over the years, the general level of development, as can be noticed from the present status of the city, is very satisfactory and shows the record of past development despite water scarcity, financial constraints and controversies that naturally arise because of interaction of policies and the inter-relationship between the state and the local authorities.

The rapid growth of Rajkot may be attributed to commercial expertise supported by good transportation and communication facilities. The growth of the city has taken place in almost all directions as there is no physical barrier leading to continuous growth of the town. The municipal limits have been extended from time to time. The city area was extended from 38.00 sq.km. to 69.00 sq.km. in 1963. Recently there has been redistribution in 20 ward boundaries. Because of the constant growth of areas adjoining the city limit, the Rajkot urban government area which covers 483 sq.kms. area has been designated as the Rajkot Urban Agglomeration. The above urban area covers 7 town planning schemes in the surrounding villages of Rajiv Munjka, Nana Mava, Mota Mava, Mavdi, Vavdi etc. which adjoin the city of Rajkot. These areas are likely to merge in the city limit in the near future. The present RMC area is 104.86 sq.km.

The incessant process of urbanisation and rapid industrialisation has increased the population of Rajkot. From 132, 000 in 1951, the population figure rose to 559, 000 in 1991 registering a growth rate of about 323 percent in four decades. Though the population has grown by leaps and bounds the corresponding provision of housing facilities has not kept abreast. Shortage of housing facilities has contributed to the emergence of slums. At present there are 74 (64 recognised + 10 unrecognised) slum localities with an approximately population of 160000 inside the city Municipal limits.

The substantial increase in the city's population after independence made the city stretch in every direction without a planned layout. The city started experiencing ribbon development along the transportation corridors with poor quality dwellings. Many of the public open spaces and river banks were occupied by migrants. A large number of huts were erected without any supporting infrastructural facilities. Establishment of industries in some areas fostered the growth of many more slums and squatter houses in their vicinity. In spite of many physical developmental schemes undertaken by the government, the slums became an unavoidable part of the city. Thus, the layout of Rajkot, which was well planned in the grid-iron pattern with some open spaces as lungs and a river bank water-front, started decaying with the emergence of slums. Presence of squatter settlements made the city areas over-crowded, polluted the environment and deteriorated the standards of living of the people.

The slums in Rajkot are experiencing a faster growth rate than that of the city and many times that of the provision of facilities. There were 24 slums with 4927 households in Rajkot in 1972-73. At present, there are 74 slums with 28,000 households. This indicates an increase of 468 per cent in slum population in just twenty-five years.

Since the slum population is 160, 000 and the present population of Rajkot is 0.85 million, it can be concluded that almost 20 percent of the Rajkot population live in slum areas.