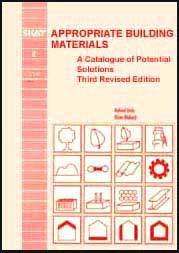 One of the main aims of this book is to provide practical information for builders in all parts of the world. But its practical value is reduced in places where the systems of measurement differ from those in the book - and this is true for any technical book.

The two main systems of measurement are the English (Imperial) and the metric systems, and their use in each country was mainly determined by its historical development The metric system is now the official system in most of the countries that were accustomed to the Imperial system, but the change of systems has always proved to be a difficult and slow process, as the people have to readjust themselves to a new way of thinking. A further problem is that the Imperial system is still officially used in North America.

The basic units of the Imperial system are foot, pound and second, while the basic units of the metric system are metre, kilogram and second (MKS), which later also included ampere (MKSA). The inclusion of kelvin (thermodynamic temperature), mole (amount of substance) and candela (light intensity) led to a new internationally standardised system of measurement, called SI-Units (Systeme International d'Unites).

The units of measurement given in this book are mainly SI-units, as they are the most widespread. In order to make the book equally useful to those readers, who are less acquainted with the metric units, some of the most important conversion factors are given on the following pages.

1 degree on the Centigrade or Celsius scale (deg C)
= 1.8 degrees on the Fahrenheit scale (deg F)

These are mainly required for sloping roofs, which are generally expressed in degrees, but which are difficult for the worker to measure out on the site. Therefore roof slopes are best expressed in simple relations between height and span' preferably using round numbers. Since they are difficult to visualize, the approximate relations between some common slopes (given in ratios and percentages) and angles (in degrees) are shown in the following table: