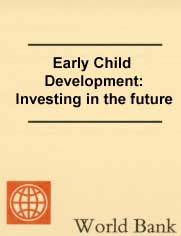 Most governments finance early childhood interventions out of their general revenues. The amount of public revenues paid for child care services is indicative of the importance of these services to the state-just as the share of private payments reflects their importance to families.

Families in industrial countries apparently put a high premium on child care services, which are estimated to cost a fourth to a half of the mother's salary. Although the relative share of public and private contributions varied in Belgium, Denmark, Italy, and Japan, Psacharopoulos (1982) found that in all these countries, both have increased slowly over time.

Public and shared funding. Many developing countries subsidize enriched child care services heavily to make sure that they are available to poor families, who already spend almost all of their income on food, housing, and transportation. Colombia's government, for instance, finances 85 percent of the costs of its Hogares Comunitarios de Bienestar program, primarily through a payroll tax set at 2 percent in 1974 and raised to 3 percent in 1988.

Most national governments share the cost of early childhood interventions with subnational governments and program beneficiaries (table 7). Kenya's central government, for instance, funds the training of caregivers, while local authorities provide and maintain preschool program sites. India's national government pays for everything but supplementary feeding, which is financed by the states. In a bold and unusual move, the governor of Santa Catarina in Brazil assumed full responsibility for child-centered programs and combined the contributions he had elicited from each state government department to establish an intersectoral children's aid budget (Myers 1995).

Parents generally pay for caregivers' salaries. Colombian parents pay half of the caregivers' honorariums and social security contributions. Colombia's government, however, also finances a loan scheme to help mothers running hogares comunitarios (nurseries) to improve their homes. Until recently, parent associations were held responsible for defaults on these loans, but in the face of high default rates, the government has introduced a policy that makes the community mothers who run preschool programs liable for repayment if they leave the program.

User fees. A number of countries have instituted user fees to finance at least part of their early childhood interventions. Parents participating in Colombia's Community Child Care and Nutrition Project, for instance, are expected to contribute on a sliding scale according to family income. In Bolivia's Integrated Child Development Project, parents pay a flat monthly fee equivalent to US$2.50 (in 1993 prices) for the first child and a decreasing fee for each additional child enrolled.

c. Excludes the estimated value of the in-kind contributions from beneficiary communities.

Innovative funding schemes. Thailand has worked out a funding scheme in which loans paid back to village loan funds (financed by the Christian Children's Fund) are funneled into a capital fund to support early child development programs in the community on a continuing basis.

In Mauritius the government created the Export Processing Zone Welfare Fund as a concession to EPZ workers, who make up 20 percent of the country's labor force but do not benefit from the more advantageous labor regulations that apply outside the zones. Created to finance social services for EPZ workers and their children, the fund derives its revenues from a tripartite system of monthly payments from the state, employees, and employers. The EPZ social service fund gives start-up and operating grants to nongovernmental organizations to create and run day care centers and subsidizes preschool fees for the children of EPZ workers. Under this tripartite funding system, the national government contributes about 10 percent of EPZ social service fund revenues.