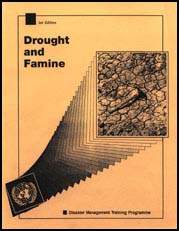 While there is considerable variation between countries, it is generally the case that the majority of resources provided in response to transitory food insecurity is provided by bilateral donors on a government-to-government basis or channelled through NGOs. For instance WFP is responsible for providing only 20% of total emergency food aid and bilateral donors provide the rest. Increasingly NGOs are used by bilateral donors as channels for their assistance. Approximately 40% of emergency food aid to Africa is now channelled through NGOs such as CARE, Oxfam, Save the Children Fund and the Catholic Relief Services. These trends have important implications:

· they increase the potential role of foreign policy considerations in the provision of relief and, thereby, may influence the effectiveness of the response;

· potentially they limit the role of UN agencies, though much depends on local circumstances and the level of collaboration at the country level between UN and bilateral donor personnel;

· they increase the need for effective coordination mechanisms between the government, bilateral donor organizations, UN agencies and NGOs.

The donors use NGOs to channel relief assistance because of:

· fears of corruption and high levels of "leakage".

NGOs are particularly attractive to bilateral donors in areas where sovereignty is contested and a rebel movement is in control of significant portions of territory. For foreign policy/diplomatic reasons, bilateral donors may be unwilling to be seen providing assistance in such areas, even if it is humanitarian assistance. By virtue of their respect for national sovereignty, UN agencies may be prevented from operating in such areas. Bilateral donors may therefore use NGOs, either as intermediaries between the donor and local agencies or a bulk transporter and final distributor.