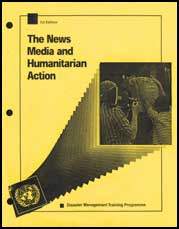 Indicate whether each of the following statements is true or false.

__ 1. The news media refers to a single monolithic actor with a uniform product.

__ 2. A television news bulletin is one example of headline news.

__ 3. While the majority of media are national in their focus, media sources marketed as global, such as CNN or ITN World News are relatively free of U.S. and British perspectives and values.

__ 4. CNN is among one of the few news sources considered by other news media sources to be a trend setter of what constitutes “news.”

For questions 5-7, circle the correct answer.

5. News which enjoys a relatively short shelf life, is commonly referred to as:

A. Headline news
B. Emergency documentaries
C. News commentary
D. None of the above

6. The debate over media influence on foreign policy has focused primarily on:

A. Print media news
B. Documentary news
C. Television news. Internet news sources
E. None of the above

7. The “news” is subject to a multiplicity of interests and influences with many different media sources competing for audiences. The product that emerges from the system bears:

8. Define the concept of “journalistic ethics”

9. List at least five of the nine criteria which serve as filters in determining the relative news value of a crisis or story.

8. “Journalistic ethic,” refers to the value among journalists and editors of reporting the news in an objective and “morally neutral” fashion.

9. Domestic political priorities, domestic national interests, number of people affected, significance for past or future developments, domestic links of an overseas story, novelty of the story, suitability for the particular media format, commercial and political considerations, competition among news sources.