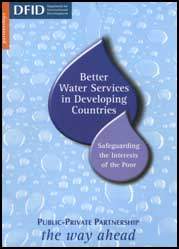 DFID seeks to work in partnership with governments which are committed to the international targets, and also seeks to work with business, civil society and the research community to encourage progress which will help reduce poverty. We also work with multilateral institutions including the World Bank, UN agencies and the European Commission. The bulk of our assistance is concentrated on the poorest countries in Asia and Sub-Saharan Africa.

We are also contributing to poverty elimination in middle income countries, and helping the transition countries in Central and Eastern Europe to enable the widest number of people to benefit from the process of change.

As well as its headquarters in London and East Kilbride, DFID has offices in New Delhi, Bangkok, Nairobi, Harare, Pretoria, Dhaka, Suva and Bridgetown. In other parts of the world, DFID works through staff based in British Embassies and High Commissions.