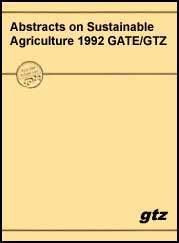 This paper gives an overview of recent developments in biotechnology in vegetables, where plant tissue and cell culture techniques have been most effectively used.

The primary goals of the in vitro propagation of vegetable crops include production of large numbers of plantlets from species in which plant development from seed is difficult, clonal propagation of a large number of genetically identical plantlets, production of virus-free materials, crop improvement through various techniques of genetic modification, enhanced axillary branching using stem tips and lateral buds as the explants, an adventitious shoot formation.

Biotechnological methods are applied in the following way:

It is possible by conventional breeding to produce one whole shoot from one cutting under perfect natural conditions. Thus the asexual multiplication of rare and elite varieties of crops has to be handled with great care. It is possible through tissue culture techniques to produce millions of identical shoots from one portion of a plant within a very short span of time. Thus, rare genotypes can be multiplied and conserved.

A reasonable assumption is that all plants that are propagated asexually by traditional methods (e.g. by cuttings, grafting, bulbs, tubers, etc.) are often infected with one or more pathogens, particularly viruses and other agents. Plant tissue culture is also an asexual method of breeding plants. The superiority of the technique is warranted by the fact that perfectly healthy clones could be produced by the technique of meristem culture. The philosophy of the methodology is that the terminal 2-3 mm portion of plants (meristems) are almost free from viruses, because cell divisions in such parts are very rapid and active. Virus particles, on the other hand, divide comparatively slowly after heat treatment and lag behind. Such meristems could be made to grow into complete healthy shoots, on nutrient media, under controlled environmental conditions.

Plant breeding by tissue culture could save time, space and money.

These techniques can be used to aid traditional means of breeding.

Embryo culture can be used to overcome incompatibility barriers that exist in nature, while ovule, ovary, pollen and anther culture are being employed to reduce the breeding cycle by producing homozygous lines in the first or second generation. Cell and protoplast culture are new developments for an efficient screening system for mutations.

Homozygous mutations can occur even in somatic tissue culture giving this technique an edge over conventional mutation breeding.

The advantage of this type of micropropagation is that very little callus is formed and the degree of genetic abnormalities is often reduced. Once the explants are established and axillary bud development enhanced, the cultures can be subcultured for many generations, resulting in increased shoot formation. Shoots, can be excised after elongation and generally rooted either in vitro or in a growth chamber or greenhouse environment. Vegetable crops that have been micropropagated using these techniques include asparagus, broccoli, brussels sprouts and sweet potato.

Adventitious shoot formation has also been used to propagate vegetable crops in vitro. Lettuce and cabbage are examples of vegetable crops in which adventitious plantlets have originated directly from the primary explant. Adventitious plantlet formation from callus has been reported with asparagus, broccoli, brussels sprouts, chives, cabbage, carrot, garlic, kale, lettuce, pepper, potato, tomato and sweet potato. The disadvantage of adventitious plantlet formation is that genetic variability often increases, especially when the plantlets are derived from callus. The genetic variability generally tends to increase as the length of time the callus remains in culture increases. The genetic variability commonly observed in these cultures includes variation in phenotypic expression, yield variability and loss of organic potential, and is generally the result of chromosome abnormalities and/or ploidy changes in chromosome number.

A state of the art report regarding the various methods used in vegetable production is outlined in this article.

Concluding it can be said that biotechnology offers considerable scope for the improvement of most tropical vegetables. Such techniques can be safely used in conjunction with conventional breeding practices to boost vegetable production.