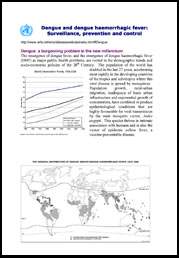 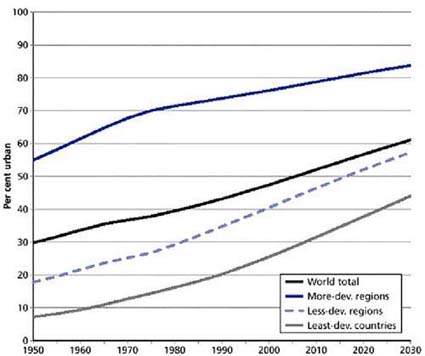 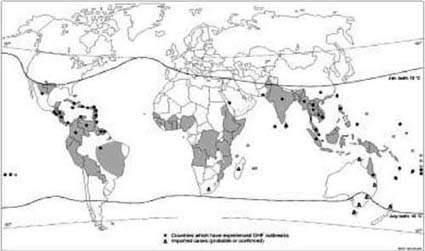 The goal of WHO is to reduce the global burden of disease attributable to dengue and DHF. The Organization’s role is to provide technical support and guidance to Member States in planning, implementing and evaluating prevention and control measures.

The global strategy for prevention and control of dengue/DHF provides the basis for national programme planning. Essential elements are integrated mosquito control with community and intersectoral involvement, disease and vector surveillance for monitoring and evaluation, emergency preparedness, capacity building and training, and applied research. Future prospects for the availability of a vaccine that affords protection against all four dengue serotypes offers the promise of an additional intervention to combat the disease among high risk groups.

The medium-term priorities (four to six years), identified in October 1999 by a WHO consultation which reviewed the global strategy, are along three major paths:

· Strengthening surveillance for planning and response, including entomological surveillance and the monitoring of key human behaviours such as those which contribute to the availability of mosquito larval habitats. Epidemiological surveillance includes the introduction of DengueNet, a global surveillance system for dengue fever on the internet. This database will be continually updated and will allow remote entry to provide a more comprehensive and current global picture.

· Reducing the disease burden through accelerated training and adoption of WHO standard clinical management guidelines for DHF; and improving emergency preparedness and response;

· Changing behaviours, through development of a package of tools, approaches and guidelines for sustainable prevention and control that will address the problem at the individual, household, community, institutional and political levels as well as foster intra - and inter-sectoral partnerships for programme implementation.