The requirement for achieving rapid reductions in undernutrition on a national basis is new purposeful action: a determined political commitment, clear goals, good strategic and programme planning, sustained action and systematic monitoring through a physical and administrative infrastructure. To this must be added a process for mobilising the public at large. Community participation and consumer demand need to be promoted by a three-way communication between the people, the community's non-governmental organisations and its government. With these three elements in place, experience with undernutrition, with micronutrient deficiency in developing countries and with diet-related chronic disease of adults in the developed world shows that rapid progress is possible.

Given the remarkable international agreements embodied within the International Conference on Nutrition and the World Food Summit to develop new approaches to combating undernutrition, it is unclear why more has not been achieved. This Commission concludes that several factors are involved:

the lack of a locus within many countries for highly motivated academics and non-governmental organisations to interact with political leaders and decision-makers, and thereby help drive forward a nutrition initiative;

the frequent failure of health and agricultural sectors to combine forces to ensure coherent plans of action. These plans need to be endorsed as necessary for improving the intellectual and physical capital of the population by enhancing their health and welfare and for increasing food security and sustainable high quality food production;

within-country rivalries: these may be amplified by the selective support of specific national programmes by charities, NGOs, bilateral and UN organisations;

the failure of some major financial institutions to follow the World Bank initiatives which require intersectoral measures to improve food security and human health when developing plans for economic reform and development. These inadequacies are evident in the approaches taken to deal with the current economic crises;

the failure of political leadership in many countries to realise the possibilities of making rapid improvements by prioritising nutrition when allocating national resources.

The Commission sets out in Chapter 7 mechanisms for initiating change and provides some potential approaches to policy development in Annex 4. 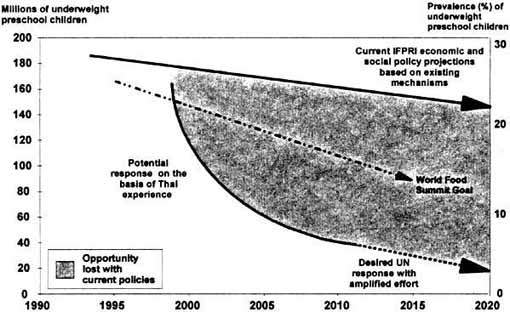 Figure 6.1 Elimination of undernutrition: a global deficit in policies and priorities

Note: If current trends continue, the International Food Policy Research Institute (IFPRI) predicts that the numbers of underweight (weight-for-age <-2SD) children less than six years will only drop to 150 million by 2020. The World Food Summit set a goal to halve the number of food insecure people in 1996 by 2015. In this diagram it is assumed that the number of underweight children should also be halved during the same time frame. If the World Food Summit goal were to be achieved, 84 million preschool children would still be underweight in 2015. Experience from Thailand show what is potentially achievable with the benefit of political, social and organizational commitment. Thailand was able to reduce the prevalence of underweight from over 50% in 1982 to 10% in 1996. The diagram shows the same proportional change applied to the world's underweight preschool children. The Commission suggests that with an amplified effort from governments and the UN system, eliminating underweight in preschool children by 2020 may be possible. The residual 2.5% reflects the accepted statistically derived lower cut-off point for normal growth in well-cared-for children from a reference population.