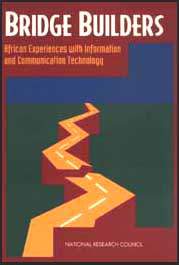 SatelLife is an international not-for-profit organization whose mission is to improve communications and the exchange of information in the fields of public health, medicine, and the environment. It is an initiative of the International Physicians for the Prevention of Nuclear War, recipient of the 1985 Nobel Peace Prize. Not wanting to see space become a battleground, Dr. Bernard Lown, IPPNW cofounder and co-president, suggested the creation of a satellite-based global health communications system as a means of demonstrating that space can unite rather than further divide humankind.

SatelLife works in developing countries where libraries, hospitals and other organizations often lack adequate funds or foreign currency to subscribe to medical journals or to maintain ongoing subscriptions. Where communications facilities are intermittent, of poor quality, or expensive, the use of direct "real-time" voice or fax connections can be inefficient and frustrating. Health workers can become isolated from one another because of the high cost of telephone calls, fax services, and travel. Even with today's improved networks, communication in remote and rural areas is still difficult or impossible, and always extremely expensive. SatelLife has thus put much of its efforts into providing and improving access to "store-and-forward" message systems.

SatelLife began by linking medical education centers in Africa with medical libraries and other centers in the United States, Canada, and Europe via a lowearth orbiting (LEO) satellite. The satellite was expected to be an essential part of the solution to the communications problems in developing countries but, since its launch, modern telephone switch equipment has been installed in many cities in Africa, providing good international connections. Because of rapidly evolving technologies, dialed telephone circuits and error-correcting modems are often a more economical and efficient solution for international transfer of electronic data in developing countries than the LEO satellite.

Fidonet-based networks were in widespread use in Africa in the late 1980s and SatelLife joined the many NGOs supporting Fidonet use there. Fidonet provides an economical alternative to Internet email systems. The evolution of HealthNet has produced a large network of Fidonet nodes. The network is still growing rapidly, although much of its growth is in the "points" connected to network nodes rather than nodes themselves. SatelLife is committed to supporting this low-cost access system along with advanced Internet services so that services can be brought as close as possible to the end-user.

Since 1993 SatelLife has operated the Internet domain "healthnet.org" to support access by its member networks. While the cost barriers to providing international permanent leased lines are still prohibitive for most public health and medical education programs in the developing world' there are now several cases in which full Internet access is a realistic alternative to store-and-forward networks. SatelLife is helping its member networks take advantage of these circumstances as they arise.

The HealthNet satellite system offers Internet message services to any remote area where the local telecommunication infrastructure is poor or inefficient. The ground equipment needed to contact the satellite consists of an IBM-PC compatible computer, a Terminal Node Controller (TNC), a satellite radio, and antennas. At this stage, SatelLife is field testing a new radio design that merges the satellite radio and the TNC in one single box that can be portable.

Advances in satellite technology, opportunities in radio technology, and the growth of Internet connectivity to Africa, all mean that SatelLife will become increasingly diverse and complex. The only practical approach to handling this complexity is to base the system on a powerful software environment called UNIX. In the past two years, Linux, a public domain software for UNIX on personal computers, has become a stable and respected (and very low cost) alternative to commercial UNIX system software. SatelLife is working to bring together many different networking technologies (including full Internet, satellite packet radio, and Fidonet) into an automated system based on Linux. Its own engineering task will be to provide software to simplify the control and monitoring of this package so that the amount of training required is kept to a minimum.

This new network node technology will offer many new options in network services and will make HealthNet more useful and attractive to users of standard Internet mail systems. Using whatever technologies are available SatelLife and its HealthNet service network will continue to address the twin problems of an acute shortage of current health information and of the severe isolation of African health care workers from their colleagues.