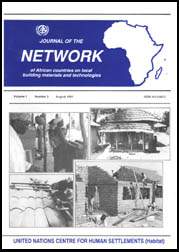 The importance of networks in collecting and disseminating information, establishing cooperation among countries in order to enhance technological capability and, moreover, smoothening the process of technology transfer from one country to another, has been repeatedly emphasized in various regional and international forums. It has been proved, also, that the establishment of regional networks through international cooperation as a first step in achieving the development goals in any technological sector, including building materials, is a justifiable strategy.

Indeed, owing to the significance of networks in the development process and bearing in mind that most developing countries do not possess the necessary financial resources to establish bilateral cooperation for the acquisition of technologies, the catalytic role of networks for establishing requisite contacts among countries has demonstrated itself as an advantageous modality for enhancing technological capacity.

In the previous issue of the Journal, emphasis was laid on the conceptual aspects of technology transfer and South-South co operation. It highlighted some policy frameworks, strategies and mechanisms of technology transfer and, in the light of some examples and case studies, it described some of UNCHS (Habitat) and Commonwealth Science Council's (CSC) efforts in strengthening the capacities of countries in the African region in the building-materials sector. This issue focuses on, among other matters, technical aspects of building materials, including several examples on research carried out on roofing techniques in some countries of the African region. Moreover, as an effort to disseminate technological information among the countries in Africa, a low-cost technology developed in India, on corrugated roofing sheets from coir waste or wood wool and Portland cement is also included.

The reason for emphasizing roofing technologies in the present issue is that, of all the elements of shelter, the roof is the most important component in providing protection from harsh environmental conditions. Its cost ranges between 30 and 50 per cent of the total cost of a house and it often meets cultural needs of different countries and regions as well. Emphasis on roofing needs and thus research on improved roofing technology is justified and, indeed, an essential first step towards improving housing conditions in developing countries.

Historically, people solved their shelter problems by using indigenous materials. They considered traditional roofs of local materials adequate until they came in contact with innovative materials and techniques. In efforts to improve roofing, they used new materials and technology, in combination with local or readily available materials. When foreign materials required a departure from tradition, communities rejected innovations because of the accompanying changes in art forms and life styles. In other instances, where new materials and technology were accepted, they proved too costly to meet the demand, or they increased hazard to life and health, even though they meant an improvement in the provision of shelter. In many developing areas, climatic conditions alone decreased the durability of even the best roofing materials. Therefore, the task of achieving substantive improvements in roofing was formidable.

I should like to acknowledge and thank the authors of the papers which are included in this issue of the Journal. We wish them every success in their future endeavours in undertaking further research for dissemination in countries of the African region and look forward to their cooperation to bring us closer to meeting the challenge set forth in the Global Strategy for Shelter to the Year 2000. 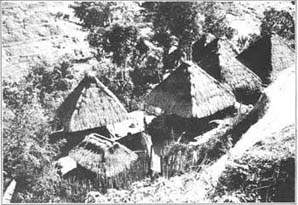 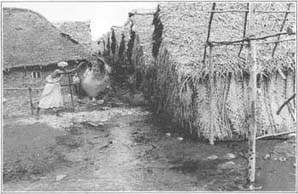