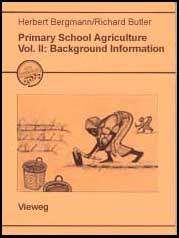 As we have shown, tubers are very delicate food stuffs. The most vulnerable stage of the tuber's life is just when it has been harvested. At this time the skin, especially of the sweet potato and yam, is the weakest. The following practices at harvest time are very harmful to tubers which are to be stored. If the harvesters knew that what they were doing was harmful to the tuber they might change their method of harvesting.

- Packing the tubers in the field: Once the tuber is lifted or dug from the ground many harvesters carelessly throw or drop the fresh root into the carrying baskets. Even a short drop of 30 cm can bruise a potato enough to make it spoil after two weeks of storage. Potatoes, cassava, and yams are especially sensitive to this type of rough handling.

- Exposure to the sun and rain: Tuber harvesting often takes all day long. As they dig the tuber roots many farmers leave the fresh tubers lying in the sun. This sunning is bad for freshly dug tubers, especially Irish potatoes, sweet potatoes, and cassava. The white flesh of the Irish potato turns green just under the skin. This makes the potato bitter. Exposure to the direct sunlight makes the tubers lose too much water too fast. This is bad.

In the same manner, rain can quickly damage freshly dug tubers, especially yams and cocoyams. Fungus attacks can begin immediately after rainfall has wetted the tubers. The wet skins can be penetrated very easily and they take a long time to dry out.

Farmers should avoid doing these careless practices which harm tubers before storage even begins.

b) Some Harvesting Hints which Aid Storage

Be careful not to cut, bruise, or wound the tubers when they are dug up. When white yams are harvested wood ashes (ashes from fire) should be rubbed onto the cut which was made on the tuber's crown when the tuber was removed from the yam plant.

Cocoyams and cassava should be cut away from the stem so that a part of the woody stem is attached to the root. This way the tender flesh is not exposed to the air.

All cuts should be rubbed with wood ashes as soon as possible. This makes it difficult for fungus to attack. Wood ashes are very dry. Fungus cannot grow well on wood ashes.

Line the carrying basket with grass and leaves. This makes the basket soft. Place each tuber in the basket gently. Do not throw or drop the tubers inside the basket. If there is time cover each layer of the tubers with grass so that the next layer of tubers does not touch the bottom layer.

Harvest on dry days. Do not let the rain fall on the fresh tubers. Also do not let the sun shine directly on the harvested roots. All full baskets and piles of tubers should be shaded from the sun. The sun and rain can harm the freshly harvested crop.

Clean all dirt and debris from the tubers. Make certain that the tuber is well cleaned. Insects, fungi, and other diseases can hide in the dirt and be carried to the storage area if the dirt is not removed.

Get the tubers to the storage area as fast as possible. Leaving the tubers outside where you cannot control the weather or the fungus is dangerous.

The hints given above can do all to make certain that the tuber is correct for storage. Most losses of stored tubers occured because the tuber was not properly handled or prepared for storage. It is wise to be very careful when handling tubers.

Some tubers can store better if they are cured before they are stored. This is true of the Irish potato and the sweet potato. Sometimes yams (especially the white yam) can benefit from three days of curing. Curing is a process of resting under certain conditions which will make the tuber's skin get a bit thicker and tougher. This makes the tuber store better.

Potatoes should be spread out in a shaded, cool dry place where air breezes can pass. They should not lie on the earth or touch each other. After one week or so the potatoes can be put in the storage place.

Yams should be treated like this for about two days, followed by one day in the sun for four hours, turning the yams occasionally, to complete the curing process. Then place them in storage.

d) Selection of Tubers for Storage

This is one of the most important elements in tuber storage. It is very true that one bad cocoyam spoils all the achu. Diseases can rapidly spread from one tuber to another inside the tuber store.
Therefore, all tubers which are diseased, infested by insects, or have a portion of their root spoiled should not be chosen for storage. Also, all tubers which are cut, bruised, or wounded should be separated from those tubers which will be stored. The unsatisfactory tubers should be used as soon as possible. It is this selection process which can save you many lost tubers.

A few words about transporting tubers could be useful at this time. Follow the same rules about tuber handling at harvest time when you transport the tubers.

- Always handle them carefully. Small bumps or drops can bruise or cut the tuber. This will open it up for attack by fungus. Do not throw or drop tubers while loading or unloading them.

- If you are carrying a very large load of tubers in a lorry or a pick-up it is a good idea to make a soft bed of grass and sticks on the floor of the lorry so that air can pass under the tubers and bumps on the road do not damage them. Also, do not pack the tubers more than two or three feet (60 or 90 cm) high without putting a layer of grass and leaves in between so as to provide a cushion for the tubers.