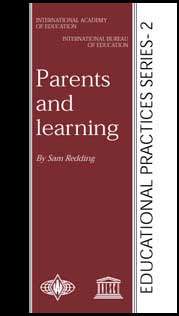 The International Academy of Education - IAE

The International Academy of Education (IAE) is a not-for-profit scientific association that promotes educational research, its dissemination, and the implementation of its implications. Founded in 1986, the Academyis dedicated to strengthening the contributions of research, solving critical educational problems throughout the world, and providing better communication among policy makers, researchers and practitioners. The seat of the Academy is at the Royal Academy of Science, Literature and Arts in Brussels, Belgium, and its co-ordinating centre is at Curtin University of Technology in Perth, Australia.

The general aim of the IAE is to foster scholarly excellence in all fields of education. Towards this end, the Academy provides timely syntheses of research-based evidence of international importance. The Academy also provides critiques of research, its evidentiary basis, and its application to policy. The current members of the Board of Directors of the Academy are: