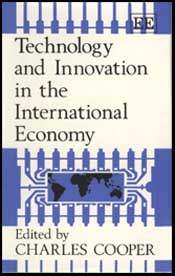 This book deals with some important aspects of the impacts of new technologies on economic and social development, especially in the Third World. It presents materials which played a significant part in the early evolution of a new policy research institute set up in the Netherlands by the United Nations University, and which have subsequently been revised and brought up to date.

The United Nations University Institute for New Technologies (UNU/INTECH) was established by the Council of UNU in October 1990 as a Research and Training centre devoted to the economic and social implications of new technologies. The Institute is funded through income from an endowment fund generously contributed by The Netherlands Ministries of Education and Science and of Development Co-operation, and by the Government of the Province of Limburg. The Institute is housed in an excellent building provided by the City of Maastricht. It has a small resident research faculty mainly from developing countries engaged in research projects which typically involve networks of Third World Institutes and individual scholars.

Since the 1960s, technological advances in microelectronics, biotechnology and other disciplines have had far-reaching impacts on a broad range of production and service sectors, and innovations have transformed many sectors of the global economy. For developing countries, these new technologies present both a threat and an opportunity. On the one hand, their adoption in industrialized economies can reduce or eliminate the already slim competitive advantage enjoyed by developing countries, which is based mainly on low-wage production. On the other hand, adoption of new technologies can offer the less-developed countries (LDCs) opportunities for rapid and flexible production, which can be the basis for expanding exports and growth of higher productivity high-waged, skilled employment opportunities. This latter pattern is exemplified well by the experience of some of the newly industrialized countries (NICs) in the 1980s.

The UNU/INTECH research will attempt to confront this duality. It will seek a better understanding of (1) the implications of new technologies for development strategy and industrialization policy; (2) the factors that influence diffusion of new technologies to developing countries; and (3) the impacts of new technologies on socioeconomic variables, such as output, trade, employment and distribution of welfare. Improved knowledge in these areas will provide the information that the LDCs need to develop sustainable economies, generate industrial capacity, improve their global competitiveness, and, ultimately, reduce poverty and improve people's welfare.

To address these issues, UNU/INTECH's programmes comprises three principal components: (1) research; (2) advanced academic training; and (3) information dissemination. During its first biennium, the Institute's activities have centred around two main goals: development of its research and training programmes, and establishment of an institutional infrastructure in which those programmes could be carried through.

The focus of the UNU/INTECH research programme was worked out in the course of a feasibility study. It includes: work on the economics of technological change, innovation and diffusion, particularly in industry in the developing countries; studies on the politics of technology policy; and studies on how technological change influences the division of labour in society and in productive activities -especially related to womens employment.

The chapters of this book originate from work started in the feasibility study period, which has subsequently been updated and considerably developed. The first chapter, by Charles Cooper, deals with recent developments in the economics of innovation and diffusion of new technologies, and attempts to build a bridge between the study of Technology in the industrial sectors of developed countries-and the type of technology policy needed in the developing countries. Chapters 2 and 3 deal with particular fields of new technology. Chapter 2, by Martin Fransman, examines biotechnology; Chapter 3, by Jeffrey James, looks at microelectronic technology. Both are reviews of the literature on the diffusion and economic impacts of these technologies in the international economy.