7. Funding staff salaries in a time of inflation

To begin with the entire staff was very happy. They were doing an important job and were doing it well. They were much better rewarded than they had been before. Each person was provided with two sets of uniform, or clothing, including one pair of shoes. It was uneconomic to allow staff to leave for a midday break (they would never return in the afternoon) so meals were provided locally. 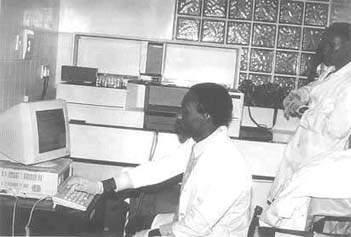 But there was one big problem which loomed very soon. The staff establishment for the Nakasero Blood Bank was inappropriate, having been unchanged since 1976. No additions were expected and the staff was stable, so no promotion was likely. The cost of living rose steadily, and the allowances initially agreed became insufficient for staff to survive even at the lowest level and, for the senior staff, pitiable compared to potential earnings in non-government service. Every six months the EC Delegate and Ministry reluctantly agreed to make small increases. This situation is integral to any government service in countries with a declining economy and mounting problems. Management has to take every opportunity to provide more remuneration for sustained loyal and excellent service (see also interview with Dr Peter Kataaha).