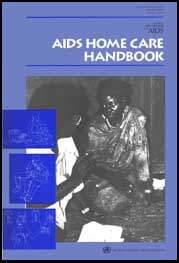 Other sexually transmitted diseases (STDs) and opportunistic infections of the genital area are common in both men and women with AIDS, and may recur on numerous occasions. Considerable evidence suggests that STDs that cause ulcerative lesions promote the transmission of HIV through sex. Effective diagnosis, care and education about genital problems are, therefore, crucial to both the prevention of HIV transmission and to the care of people with HIV infection.

In women, the genital area consists of the external and internal labia of the vagina, the surrounding skin surface, the opening of the vagina (which is called the vulva) and the vagina itself. The genital area in the male consists of the penis, which may be circumcised or not, the scrotum containing the testicles and the surrounding skin. If uncircumcised, the end of the penis will be covered with loose skin which can be pulled back. This is called the foreskin.

The rectal area and the inguinal areas of the groin in men and women may also be involved in genital problems such as infections, rashes, warts or sores.

Opportunistic infections of the genital area, including certain sexually transmitted diseases (STDs), are common in both men and women with AIDS. They often cause pain and discomfort.

There are six common ways that such genital problems appear in men and women:

What to do at home

Firstly and very importantly, always advise people to use a condom each and every time they have any sexual contact. It is dangerous for someone who is already infected with HIV' to be exposed to other sexually transmitted diseases. The use of condoms offers protection from all STDs, and also provides protection to the partners of those with such conditions. (See Chapter Two for further information on safer sex.)

All women normally have a small amount of vaginal discharge which is clear, milky-white or slightly yellow and varies in amount and appearance over the course of the monthly menstrual cycle. Any change in this normal discharge, particularly if it is accompanied by an unpleasant smell, itching, soreness and sometimes fever, is probably caused by a sexually transmitted infection such as gonorrhoea, chlamydia or trichomonas.

Vaginal infections are important because:

· They may be passed on to others through sexual intercourse.

· Sexually transmitted infections (e.g. gonorrhoea, chlamydia) are particularly likely to spread from the genital area to the upper reproductive tract causing pelvic inflammatory disease. This may even lead to abscesses with severe cramps and pains in the abdomen, with the result that such infections become difficult to treat, even with strong medicine, and can be life-threatening.

· They increase the risk of acquiring, or passing on, HIV infection during sex.

· They may be transmitted to an unborn child during pregnancy.

People should be given the following advice on ways to avoid vaginal problems:

· Always use condoms when having any sexual contact (see Chapter Two).

· After going to the latrine, wipe the anus in a direction away from the vagina so that faeces doesn't get into the vulva, vaginal region.

· Avoid washing out the vagina or putting anything (e.g. leaves, herbs) inside unless advised by a health care worker.

Anyone with vaginal discharge should be examined by a health care worker.

Pus or mucus discharge from the opening of the urethra, often accompanied by burning when passing urine, is usually a sign of an STD. Anyone with these symptoms should be examined by a health care worker.

Open sores or lesions on the genitals may be caused by an STD. As with any open wound (see the section on skin problems in this chapter) an additional infection may occur. People with open sores should be advised to:

· always use condoms when having any sexual contact (see Chapter Two)

· keep the affected area dean with soap and water

· between washings keep the wound dry

· watch for signs of infection, and seek help if redness, pus or swelling are seen, or if the sores become painful.

Genital warts are very common, are infectious, and can be caught by sexual contact then passed on to other people in the same way. They are often larger, spread more quickly and are more difficult to treat in people with AIDS. In women, they appear as skin-coloured lumps or swellings on the outside and inside of the vagina, and the area around the anus, while in men they appear particularly under the foreskin and around the anus. If they get rubbed by clothing or damaged they may become sore (inflamed), infected and may even bleed.

Encourage people to seek early treatment from a health care worker for this condition. Local treatment of the warts provided by a health care worker can be effective if it is applied before the warts are too big. If someone waits too long and the warts become quite big it may be necessary to have them cut out, a surgical procedure which has risks associated with it. Warts that are damaged may become infected. If this occurs they should be treated like any open wound in the genital area.

Herpes is a viral infection that many people get around their mouths or genital area. It tends to remain latent (hidden away), under the control of the body's defences. It occasionally appears as blisters which break down to give painful ulcers which heal slowly by themselves. In people with AIDS, the blisters appear more frequently, spread over a wider area and sometimes do not heal at all. They can be very difficult to treat.

If herpes is diagnosed, advise the person to bathe the affected area with salt solution consisting of a teaspoonful of ordinary cooking salt in half a litre of clean water. They should do this often, every two or three hours if possible. Between times the affected area should be kept dry. Calamine, talcum or starch powder may also be applied to the sore.

Candidal infections - caused by several of the fungi belonging to the genus Candida - are common but they are particularly frequent and more difficult to cure in people with AIDS. In women, they produce a curdy discharge and cause redness and soreness of the vulva that is accompanied by severe itching. The skin may break down and bleed, particularly if scratched. Candidiasis is also found in men, especially among those who are uncircumcised, and occurs often and severely in men with AIDS. The foreskin and the area underneath it become very sore and red. There may be a yellow discharge under the foreskin. The skin of the penis, scrotum, and around the anus sometimes becomes red, sore and itchy.

Candidiasis is not sexually transmitted but is often brought on by the use of antibiotics for the treatment of other conditions, or simply because the person with AIDS has lowered resistance to the fungi that cause it. The organisms are always present in the genital area but are not normally a problem because the body's defences keep them from growing out of control.

If someone is experiencing candidiasis repeatedly, the following approach may help to alleviate discomfort, to prevent the onset of a new infection (which can occur, for example, as a result of taking antibiotics given for another problem) and possibly to decrease the intensity of an existing infection:

A rash on the penis or under the foreskin will often respond to soaking in a dilute salt and water solution. Dissolve a teaspoonful of salt in a glass or jam jar of water. Pull back the foreskin, put the penis in the water and soak for 5 minutes. Repeat 2 or 3 times a day.

If this does not work carry out the same procedure using a gentian violet solution (1/2 teaspoonfuls gentian violet in 1 litre of clean water). If the rash does not clear up in 3-4 days the person should ask advice from a health care worker.

Someone who experiences candidiasis repeatedly should learn to recognize the signs of an infection and begin the treatment at home while it is still in the early stages.

Loss of menstruation and irregular bleeding occur in many illnesses including AIDS. If a woman loses a lot of weight her periods may stop altogether or become infrequent. Loss of menstrual bleeding can have many causes (including pregnancy) and is often seen in women with AIDS. This should be assessed in order to plan for the future care of the woman (see Chapter Six). If a woman misses one or two periods, she should be encouraged to go to the health centre to be examined. If pregnancy is not the cause then the reason for the loss of menstruation should, where possible, be determined.

Always remember that a woman may feel that loss of menstruation represents a loss of capacity to bear children or a loss of femininity and may feel sad or even depressed. You can help a person to fight off this loss of self-esteem by reassuring her that loss of menstruation is experienced by many women for a wide variety of reasons. Women should be encouraged to be with friends, to involve themselves in the people and activities around them, and to remember that they are still worth while and have a great deal to give.

When sick people and their families must seek help

· If a STD is suspected.

· If difficulty or pain in passing urine is experienced.

· If genital warts are present.

· If genital ulcers are present.

· If there is an unusual vaginal discharge that is foul-smelling, itchy, very plentiful, or green, yellow or grey in colour.

· If a pain develops in a woman's lower abdomen, particularly if it is accompanied by a fever.

· If a woman's periods stop or become irregular or erratic.

· If there is a discharge from the penis.

· If there is swelling and/or pain in the scrotum.