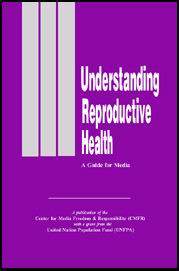 On the level of governments and institutions, these principles should serve as guide in policy formation, program planning and implementation.8

The principle of self-reliance refers to exercising effective control and full use of the country’s resources – human and material – so that its government can provide for the people’s basic needs.

The principle of self-reliance can and should be applied in the context of reproductive health.

For the long-term, government should rely on its scientific and technological resources to undertake research that will give rise to breakthrough technology in health as well as in industry. It should rely on its own knowledge pool to develop and produce contraceptives and other forms of fertility control appropriate to people’s needs.

For the short-term, methods of fertility control that rely on women’s capacity to decide and care for themselves and not on the medical establishment alone should be encouraged and promoted.

The principles of autonomy and self-determination should be articulated. These refer to the country, in general, and to the women, in particular.

Policy - be it reproductive health or population - should be shaped by local issues and factors and not depend blindly on foreign direction. Foreign funds which attach certain conditions goes against the principles of autonomy and self-determination. Similarly, any reproductive health initiative should recognize and have as its starting point women’s autonomy and self-determination in all areas of their lives, particularly their reproductive choices. The observance of these principles will help prevent both practice and orientation which regard women as tools to reduce population growth rates.

The principle of pluralism should uphold the diverse socio-cultural characteristics of localities and regions in the entire country.

As such, no one group, institution, or sector – local or foreign, religious or sectarian – should impose its beliefs and morals on the entire country. The diverse pluralism of the country should be accommodated, upheld, and respected. Women’s groups, be they grassroots or urbanites, should then have as much political space as the Catholic Church’s pro-lifers.

The principles of responsibility and accountability should be recognized in any reproductive health initiative. International agencies which push population programs and governments should be accountable and responsible for observing the principles of autonomy and self-determination in their programs.

They should be held responsible and accountable for the adverse effects of reproductive technologies that put women’s and men’s health at risk. They are responsible for clinical trials and experiments that they conduct. They must provide sufficient information and without their consent, and when they dump unsafe and ineffective contraceptives for their use.