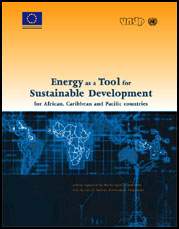 The energy sector has always been an important area of the World Bank’s activities. Loan commitments in this sector totalled US$2.54 billion in FY1998 (IDA, IBRD, and IFC) and typically represent between one-fifth and one-sixth of total annual commitments of the World Bank Group (World Bank, 1997a). Sector operations are carried out through regional sector units, and in an anchor unit, the Energy, Mining, and Telecommunications Department (EMT). The EMT consists of the Energy Unit (EMTEG), the Oil and Gas Division (EMTOG), and the Industry and Mining Division (EMTIM). EMTEG is responsible for the Bank’s core business areas, focusing on power sector reform and restructuring (loans in support of energy sector reform accounted for around half of energy loans in 1997), energy efficiency, rural and household energy, commercialisation of renewable energy, and environmentally sound energy development. The sector lending policies of the Bank have evolved to adopt environmentally sustainable policies in support of its economic development projects (World Bank, 1993). A recent draft paper on energy and environment (World Bank, 1997a) stresses the role of institutional interventions, capacity building, and the importance of energy conservation and renewable energy. Rural Energy and Development: Improving Energy Supplies for Two Billion People (World Bank, 1996) outlines the role of the Bank in broadening access to energy and improving the quality of life in the rural developing world. EMTEG also disseminates technical assistance and best practice guidelines through workshops and symposia, for example holding round-tables on Rural Energy and Development and on Energy Efficiency. EMTOG, responsible for the Bank’s lending policy in the oil and gas sectors, committed US$136 million in 1997, principally in support of the modernisation of natural gas in Azerbaijan and oil systems in Kazakhstan. Assistance to the mining sector emphasises the establishment of sound legal and fiscal frameworks to attract the private sector. In 1997 a single loan of US$300 million was made in support of a coal sector reform programme in Ukraine and in 1998 US$1.3 billion was allocated for coal projects in Russia and India. In addition to the above Bank Group activities, MIGA provides political risk cover for energy projects (eight loans in 1997).

To date Bank loans for renewable energy (US$547 million) have principally been to Asian countries, and loans for renewables committed in 1997 (US$111 million) included those in support of 200,000 solar home systems in Indonesia and of wind and mini-hydro in Sri Lanka. Loans awaiting approval include US$175 million for 400 MW of mini-hydro in Nepal; US$46.5 million as part of a renewable energy for rural markets programme (total finance US$187 million) in Argentina; and US$115 million for the dissemination of 200,000 solar home systems in China. A previously approved loan for mini-hydro and bagasse in Indonesia (US$66 million) has been cancelled because of government difficulties with implementation.

Energy efficiency initiatives, once only component parts of power sector loans, are now addressed in their own right in lending operations. In 1998 the Bank prepared three energy efficiency loans. Following implementation of a US$4.5 million EC grant which initiated pre-programme activities in China, the Bank has approved US$61 million, backed up by a US$22 million GEF grant, for a programme to develop Energy Management Companies and disseminate information. Two additional loans currently under preparation include one to provide a financing facility for on-lending for electricity efficiency in private and public utilities in Brazil (US$43 million loan with US$20 million GEF grant) and another for on-lending to public utilities in India.

Bank renewable energy and energy efficiency loans are often supported by GEF grants. Past and planned loans for renewables in Argentina, China, Indonesia, and Sri Lanka benefit from GEF grant support. As an implementing partner of the GEF, the Bank also manages its own portfolio of GEF projects, including over US$500 million in support of climate change projects. Renewable energy projects presently under implementation (US$ 222 million) include IFC’s Renewable Energy and Energy Efficiency Fund (REEF) (US$30 million GEF funding), promotion of wind and PV in India (US$26 million), and geothermal in the Philippines (US$30 million). GEF has funded most Bank renewable energy projects in Africa including projects concerning household energy in Mali, sugar bio-energy technology in Mauritius, biomass management in Senegal, and solar water heating in Tunisia. US$30 million of GEF funding has been approved in support of The PV Market Transformation Initiative, promoting adoption of SHS and water pumping equipment in Kenya, India, and Morocco. Energy efficiency initiatives (US$ 136 million in GEF funding) include the development and dissemination of efficient industrial boilers in China and the promotion of electricity efficiency in Hungary, Jamaica (DSM), Poland, and Thailand. Future GEF-supported programmes include the development of renewables in China (US$35 million) a biomass pilot project in Brazil (US$40 million) and solar thermal power in Egypt (US$50 million).

In addition to lending and GEF activities, the Bank has a number of programmes and initiatives promoting the mainstreaming of sustainable energy and providing technical assistance. ESMAP is the longest established of the Bank’s specialised energy programmes. ESMAP provides global technical assistance for the energy sector, specifically in its six priority thematic areas: energy and the environment; rural and household energy; renewable energy technologies; energy sector reform; energy efficiency; and international energy trade. Resources include both a Core Fund of unrestricted contributions as well as earmarked contributions from the World Bank, UNDP, and bilateral donors. Support for ESMAP totalled US$8.4 million in 1997, of which the Bank provided US$1.6 million and bilateral donors (notably the Netherlands and the UK) provided the rest (ESMAP, 1997). Excluding Bank contributions, ESMAP managed projects with a total budget of US$36 million between 1991 and 1998 (World Bank, 1998). Past activities have included National Energy Sector Assessments for over 60 developing countries which, with other preparatory work, have helped to pave the way for subsequent investment. Country and regional gas sector development and trade have been a key focus area. The Africa Gas Initiative is reviewing undeveloped gas discoveries and flared gas in Sub-Saharan Africa and will prepare pre-feasibility studies for any gas reserves identified. Renewable projects, such as the PV concession system in Argentina and the implementation of solar electric equipment through NGOs and local credit organisations in Kenya, have explored alternative approaches for financing renewable energy.

The Bank has launched a number of initiatives to encourage private sector investment in renewable energy in the developing world:

· The Small and Medium Scale Enterprise Program (SME) is a US$21 million IFC initiative supported by the GEF which finances biodiversity and climate change projects carried out by SMEs in GEF-eligible countries. Contingent, concessional loans are provided to financial intermediaries (FIs). These FIs then finance the SMEs. To date two PV projects and one energy efficiency project have been approved.

· The Solar Development Corporation (SDC), a collaboration between the Bank and a number of foundations, promotes stand-alone PV systems through sustainable private sector mechanisms. SDC aims to provide up to US$50 million in capital, plus additional financing, and also business advisory, training, and market development services for solar entrepreneurs.

The following additional programmes aim to increase the Bank’s own investments in renewables:

· The Asia Alternative Energy Group (formerly ASTAE) helps to prepare renewable energy and energy efficiency components for Bank-supported operations in Asia (Shaeffer, 1996). Donor commitments to ASTAE totalled US$ 15 million by April 1998, and have levered almost US$ 1.3 billion in World Bank/GEF funding, in turn contributing to US$2-3 billion in total project costs.

· The recently launched Africa Rural Electrification Initiative aims to identify two or three countries where the Bank will assist with mainstreaming rural electrification activities (on and off-grid) in order to increase access to energy and intensify productive use of energy in rural areas. The initiative will harness bilateral funds to build capacity in developing countries and encourage the participation of private sector entrepreneurs as upstream activities to subsequent Bank lending.

· Hydropower receives special attention through the Large Dams Commission, which identifies lessons learned and aims to continue the application of viable hydropower.

Other Bank programmes in the energy environment field are:

· The Review of Policies, Strategies and Programmes in the Traditional Energy Sector(RPTES) programme, focusing on the traditional energy markets in Africa (see Box 24), maximises host country participation in policy development.

· The Pollution Prevention and Abatement Handbook (World Bank, 1997b), containing policies and project preparation guidelines which promote the concepts of sustainable development through pollution prevention, including cleaner production and good management techniques.

· The Activities Implemented Jointly (AIJ) Programme pilots a scheme through which foreign investors can gain emissions credits by financing activities in other countries. The programme has used bilateral grants (US$ 5.5 million from Norway) coupled with GEF grants and other finance. To date implemented projects have concerned dissemination of CFLs in Mexico, coal-to-gas technology in Poland, and community-based forestry management and the promotion of PV in Burkina Faso. Projects under consideration (US$2-5 million AIJ funding each) include integrated agricultural DSM in India, fuel cells in Barbados, and RE/diesel hybrid isolated grids in the Philippines.

· The Bank’s proposed post-Kyoto Carbon Investment Fund, which would allow investors to pool resources for carbon-reducing investments and include in the price of carbon offsets a margin representing equitable benefit-sharing between the investor and host.