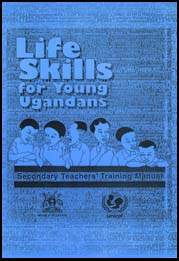 Generally in Uganda, the girl child is more disadvantaged than a boy. In a study on Village Perceptions of Children’s Rights (Kakama, 1993), it was revealed by the discussion groups that on various fronts the girl child is discriminated against. Girls are a second consideration for education, especially in instances where there is insufficient money. Girl children do not have the right of inheritance, and they are generally subjected to harder work than their brothers. These discriminatory practices against the girl child are not formally condoned. They are largely culturally determined. The overall effect, however, is that these practices and attitudes deny the girl child the enjoyment of her full rights. (Republic of Uganda, 1995)

The SCI is an initiative developed by UNICEF and its allies in the East and Southern African Region (ESAR). This initiative, which has learnt from the Meena Initiative in South-East Asia, is directed at the adolescent girl and her society with the following objectives:

(i) To address the extreme discrimination that exists against girls

(ii) To highlight the needs of girls (and boys)

(iii) To present a dynamic role model for girls and boys which communicates specific messages on:

· other issues relevant to the survival, protection and development of children in sub-Saharan Africa.

It was also identified from the outset that in order to deal effectively with all these problems and challenges the girl child needed life skills such as problem solving, critical thinking, decision making, self assemment and concept, assertiveness, negotiation, coping with emotions and stress, conflict management and resolution, empathy and interpersonal relationships.

Some of the characters from the Sara Communication Initiative.

Thus, the Sara Communication Initiative aims at developing the life skills of girls in order to meet the challenges of life. This is to be done through a series of animated films produced regionally about different aspects of the life of the girl child, together with radio plays, comic books, story books and any other activities that might grow out of this.

In order to achieve this, stories were written across the region (from Eritrea to Namibia) and fourwere chosen for research in all the countries. They were read to boys, girls, community members, out of school youth etc in rural and urban areas, from different cultures and environments in order to test the acceptability of the characters, the stories, the names and even the appearance of the characters. As a result, three stories were chosen and rewritten for films and a second phase of research to choose a further four stories is underway.

The stories try to look at:

· factors that ensure that a girl does not have enough chance to improve her status in life.

· how girls and boys, their families and their communities can transform their lives from what it is to what it should be.

This Life Skills Training Manual makes use of the Sara Communication Initiative in three ways.

(i) The work done in all the countries of Eastern and Southern Africa to identify issues pertaining to the girl child has been used to ensure that the gender aspect of childhood and adolescence has been foregrounded where previously it was not apparent at all. As stated in the report quoted above, the discriminatory practices are culturally embedded more than deliberate discrimination and thus need to be highlighted. Thus all the activities bear in mind the specific problems facing girl as well as boy children, the reasons for them and the life skills required to face them.

There are also her teacher, Ms Matata, and her family; the supportive father who is working in town to raise enough money for them to start a new life; the mother and younger brother and sister with whom she lives in the compound of the uncle; the uncle who is the elder brother of the father and is resistant to any change in the status and behaviour of girls in society; and the grandmother who is the depository of traditional values in society. Sara lives in a peri-urban setting and thus the problems and struggles of her and her friends can be adapted to a wide variety of urban and rural activities. Finally, Sara is presented as a role model of a girl who is assertive but respectful, who knows where she wants to go and uses her life skills to achieve her goals despite all the obstacles she faces. From research into the first stories produced she was recognised and strongly appreciated by both girls and boys, especially girls, and by the community as a whole who recognised that she had the right mix of assertiveness and respect. Where they felt she was too assertive, the stories were changed but parents greatly appreciated Sara’s ability to negotiate her way creatively through the obstacles placed in her path. Above all they appreciated that Sara is an actor, not a passive victim. Thus everyone, boys (who said she was the ideal wife of tomorrow) girls (who wanted to be like Sara) and parents (who felt that she was the kind of daughter they would like) identified with her.

In terms of teachers colleges, Ms Matata is also a good role model for the student teachers and can be used to promote discussion on the way teachers interact with their classes.

(iii) As Sara Initiative materials such as videos, comic books and radio tapes are produced, they can be used by schools and colleges for provoking thought and discussion on specific youth and girl child issues in relation to life skills. The first materials have already been produced and can be obtained from the UNICEF Kampala office at Kisozi House, off Kaggwe Road.