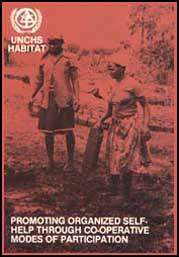 Case study co-operatives in the Philippines **

The legal system of the Philippines is favourable to co-operatives. However, since co-operatives laws have a rural bias, they are of only limited applicability to housing co-operatives in urban areas. The need to reorient that thrust in order to encourage the formation of non-agricultural cooperative development is quite evident. The Presidential Decree of 1973 entitled ''Strengthening the Cooperative Movement" sought to foster the creation and growth of co-operatives as a "means of increasing the income and purchasing power of the low-income sector of the population in order to attain a more equitable distribution of income and wealth". The Decree also did away with fragmentary and inefficient performances of past co-operative activities. As a consequence of the Decree, a threetiered structure of co-operatives was established: a barrio association in every barrio, co-operatives in every municipality, or city, and federations of several co-operatives. Following the general cooperative principles of open membership, democratic control, limited interest to capital and patronage refund, the Decree also provided exemption of income and sales taxes, and the application of the Minimum Wage Law in appropriate cases.

Barrio associations (samahang nayon) are social and economic in character, performing the simplest co-operative functions which do not require any complicated business procedures. They are pre-cooperative institutions, formed to carry out the educational process (including training, information and communication) at the barrio level, implement a compulsory savings programme and institute cooperative discipline among members. The rate of development of a barrio association is the basis for the extent of government assistance and the decision to elevate it into a full-fledged cooperative (kilusang bayan).

The Kilusang Bayan is a full-fledged cooperative organized by one or more barrio associations, provided they have satisfactorily achieved the basic purpose for which they were organized and are able to meet given requirements. Organized on a multi-barrio, or municipal, level, the full co-operative centralizes all economic activities of the barrio-associations, and the capital accumulated by their members service as its initial capital. It takes charge of area-wide production activities, the procurement and distribution of production supplies, and the accumulation of savings and extension of loans.

The Katipunanng Kilusang Bayan is composed of full-fledged co-operatives federated at the regional or provincial level. It serves as the operational support of full-fledged co-operatives, particularly in their marketing activities. It carries out tasks such as procuring production supplies, providing for storage, processing and transporting facilities, financing inventories, and providing credit for trade, bookkeeping, auditing, and continuing education services.

Given the supportive nature of national legislation on co-operatives in the Philippines, it can be expected that co-operatives and other organized forms of community participation will continue to contribute to the improvement of slum and squatter settlements.

** Based on Josephina M. Ramos, "Co-operatives in the Philippines", paper prepared for the Workshop on Integrated Co-operatives for Satisfying the Basic Need of Shelter in Slum and Squatter Areas, Marburg, 1980.