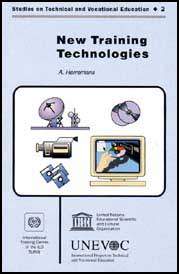 Compatibility (or should we rather speak about "incompatibility"?) is a major concern for users in order to protect their investment. Standards are dramatically lacking, and when they exist they come too late and are not necessarily accepted by all manufacturers. Some have been defined by one or a small group of manufacturers, others by international bodies.

So, users need to keep themselves informed and be particularly careful when buying a new equipment. Here are a few points to help them:

Within a PC, data circulate between various components (memory, disks, etc.) through a so-called "extension bus" which may be of different types:

· the ISA (Industry Standard Architecture) bus, also called AT bus, equips most of the IBM-compatible PCs. It works on 16 bits, giving access to more substantial memory addresses than the original 8-bit bus which equipped the very first PCs;

· the EISA (Extended Industry Standard Architecture) bus was designed by a group of manufacturers in order to work on 32 bits, but this is only an advantage if one uses EISA adapters on one's PC. This bus accepts adapters and programs written for the AT bus, but then works as a 16-bit bus;

· the MCA (Multiple Channels Architecture) bus is an IBM bus installed on its PS/2 series (not on the lower end of it) and works faster because the use of multiple channels allows multitasking and multiusers (on a network); only MCA adapters will work with this bus, and inversely these adapters will not work on another type of bus;

· the local bus provides a direct connection between the video controller and the CPU, making the graphic functions work much faster.

The engine of a PC is its microprocessor. Several manufacturers are producing them; INTEL is currently equipping most of the IBM and compatible PCs:

· the very first PCs were equipped with 8088 microprocessors, sending and receiving 8-bit data;

· the 80286 is also a 16-bit data microprocessor, which can work in two modes: the "real mode" used with DOS based applications, and the "protected mode" used with software which allows parallel processing of different applications (e.g. the OS/2 of IBM). When in real mode, the 80286 may address 1 Mb of memory, and when in protected mode, 16 Mb. To run a program like WINDOWS, a 80286 is a minimum configuration;

· the 80386 is a 32-bit data microprocessor, offering extended memory processing functions. A simplified version (80386SX) only uses 16-bit data for the bus, and 32-bit for the other functions;

· the 80486 is a 32-bit data microprocessor, with a built-in arithmetic co-processor, which takes over a certain number of tasks from the microprocessor itself. It offers much more powerful memory management functions than the 80386; a 80486SX version does not have the built-in mathematical coprocessor, for those who do not have intensive computing applications. The so-called DX2 microprocessors double the internal clock frequency of the 80486, but they cannot be installed on all mother boards (on a 80486SX one has to install an "overdrive" on the arithmetic co-processor support, which plays the same role);

· the Pentium has been recently introduced on the market; it is a 32-bit microprocessor. It has RISC (Reduced Instructions Set Computer) characteristics, as opposed to the usual CISC (Complex Instructions Set Computer). The data bus is a 64-bit bus; it has two different 8 Kb cache memories and works at very high frequencies (60 or 66 MHz). It is one of the most powerful computing microprocessors in use at the moment;

· the Power PC microprocessor is the very first result of the work done in collaboration between APPLE, IBM and MOTOROLA. It equips recently announced PCs (e.g. Power Mac of APPLE, Enterprise Desktop of HP) which process all kinds of operating systems (APPLE, IBM, MICROSOFT, UNIX) and all kinds of application programs (IBM compatible, WINDOWS, APPLE); this is a remarkable advancement towards compatibility!

MOTOROLA microprocessors equip the APPLE and the ATARI computers:

All PC functions are controlled by an operating system (OS); applications are written to run under a specific OS; it is therefore important to know what is necessary to run a specific PC and a specific application:

· WINDOWS is not really an OS in itself; it is a powerful graphic interface for DOS users, which makes their work much more friendly. It helps to manage extended memory; to integrate various applications, exchanging files via its clipboard. Different versions exist, as well as multimedia extensions;

· OS/2 is a multitasking and multiusers IBM OS which means that the user can execute different programs simultaneously (e.g. printing a file while working on another one, or formatting a diskette while updating a data base or a spreadsheet). It allows DOS and WINDOWS applications to be run under its control; different versions are available, as well as multimedia extensions;

· APPLE System 7 runs on the Apple series of computers;

· UNIX is a multiusers, multitasking operating system, mainly used on workstations. More powerful than usual PCs; multimedia capabilities have been added to the software.22

The graphics adapter that equips a PC determines the quality of text and images one can show on the display screen:

· the CGA (Colour Graphics Adapter) adapter is cheap and offers a rather poor quality; 320x200 pixels and four colours, or 640x200 pixels in black and white; WINDOWS does not support this type of graphics adapter;

· the SVGA (Super VGA) adapter is offered by all other manufacturers and works with 1024x768 pixels, with 256 colours.

Not only can image files have different resolutions but they are saved by different software in different file formats: file name extension may be PCX, BMP, WMF, TIF, etc...

Software exists that can translate, convert a certain number of file formats into others, but not all conversions are possible. Such a conversion necessarily induces a quality loss. Software also exists that handles images in many ways: rotating, resizing, etc., with a possible quality loss, which means that whenever possible, one should directly digitize the quality and size one intends to use, in order to get the best possible result.

Image files may be uncompressed, or compacted or compressed. Compacted images are slightly compressed without quality loss; it is only another way of recording areas of similar colour; the compression ratios are rather poor. Compressed images, with the current state of the compression algorithms, may have a compression ratio as high as 140:1 (about 2:1), but this always represents a loss of quality.

Digital sound also exists in different qualities expressed in sample width (bits) and in sampling rates (samples/sec or Hz); the higher the quality, the bigger the file; compression techniques may be applied, but their results are less spectacular than those for images. Sample width (8 or 16 bits) is combined with the sampling rate (8, 11, 22 or 44 million samples/sec or MHz), which produces files of 8 to 44 Kb/sec for 8-bit mono sound, and 16 to 22 Kb/sec for 16-bit mono sound; stereo sound is represented by files twice as big!

Sound files are also saved in different formats (e.g. AUD, WAV); software exists that can convert them into another format.

Digital video data can be saved and played in different sizes (e.g. full screen, 1/4 screen) and resolutions (320x200, etc.); they exist in different formats (e.g. AVIS AVI); they are generally compressed because of their rather huge size, using different compression algorithms (e.g. DVI, MPEG, etc.). As an example, the Digital Video Interactive (DVI) system of INTEL allows the user to compress "live" (if the PC is equipped with the adequate compression adapter) in Real Time Video (RTV) mode, with a low compression ratio, or to get the file compressed by a specialized company in Production Level Video (PLV) with a ratio around 140:1 and a much better quality.

· PAL is used in most of Western Europe, Africa and Latin Americas;
· SECAM is used in France, most of Eastern Europe and French Africa;
· NTSC is used in the USA, Canada, Japan.

Nowadays, most videotapes or disk players are multistandard; tapes can be converted from one standard to the other, disks as well but this is more expensive.

Videotapes exist in different sizes (1/2", 3/4", 1"), different formats (VHS, 8mm, U-MATIC) and different qualities (S-VHS, Hi8); camcorders, cameras and videotape players are specific and can only be used with a specific videotape size and format.

A videotape can be converted from one size and format into another, but with more quality loss than that obtained when copying a tape onto another with the same characteristics (a new "generation" of the tape).