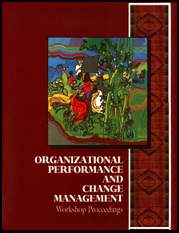 INTERNATIONALLY, AMONG THE many factors which have been influencing the definition of the content, processes, scope and arenas of non-government development organization (NGDO) work, the globalization phenomenon has been the most dominant. The end of the cold war and the crisis of socialism have reconfigured everything into a unipolar world dominated by the West, and have contextualized the rise of neoliberalism and capitalism, the major paradigm which underpinned globalization.

As far as NGDO-foreign donor relations is concerned, local NGDOs have continued to rely on foreign assistance for bulk of their funds and the funding system has remained short-term and results-oriented, or donor-driven, until now. However, there is growing awareness among progressive-minded donors of the need for NGDOs to overcome their dependence on traditional development financing and become more financially-independent and sustainable. But such realization comes with an increasing demand for accountability. Donors want to see their scarce resources used more efficiently and to have more visible impact on poverty reduction.

Some strategic NGDO responses to the changing international and domestic context include: engaging in the more mainstream state-led governance, and market-led economic activities; scaling-up through continuous networking and careful alliance/coalition-building; opening up of new arenas and themes for, and enlargement of the scope of, advocacy; enhancing bureaucratic literacy as well as research and alliance building capacity; rethinking social organizing strategies in the light of new spatial arrangements and target groups; and professionalizing NGDO practice.

Some alternative market-based resource generation strategies include: promoting corporate philanthropy and responsibility; undertaking cooperative banking in local communities; enhancing development entrepreneurship through various earned-income strategies such as commercial enterprises and market investments; and internal and external alternative trading and marketing. Among the non-market based alternatives, on the other hand, are namely: sourcing and managing public or government funds, both local and national, and the setting-up and management of endowments.

The professionalization of NGDO practice has become imperative because of external demands and internal pressures for more accountability and better performance. Professionalization could be achieved without eroding the NGDO core spirit.

In conclusion, the very ethos that constitutes the NGDO spirit and drives its movement is empowerment. As long as this remains to be the anchor against which NGDOs constantly reaffirm whatever they are doing, NGDOs should not be afraid to re-invent themselves to make themselves more relevant.