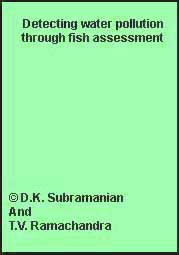 Theoretically it would be impossible to keep all contaminants out of all water everywhere; even without human influences contamination of bodies of water has always occurred and will continue to occur. For example, we need only think of the compounds which can be formed in lakes under certain conditions, such as hydrogen sulphide (H2S), which causes most of the organisms within the affected zone to die off, or at the very least causing oxidophilic organisms to avoid such polluted aquatic environments. If there is excessive introduction of allochthonous organic matter and/or in-situ production of organic substances, hydrogen sulfide is formed, for instance on the bottom of lakes, when the oxygen content is no longer sufficient for mineralization of organic materials by aerobic processes. Studies of the earth's history have revealed that water pollution of this kind has often happened even without human beings playing a role, such as in situ bacterial conversion of inorganic mercury species to the methylmercury form [10-13]. The industrialized nations are also still burdened with problems of this sort as is illustrated by the example of the Rhine. The quality of the water flowing in the Rhine has improved since the report of the Council of Experts for Environmental Issues in the Federal Republic of Germany, but it is still far from satisfactory [14]. Heavy metal contamination of the river even now, seems to be increasing again after an earlier controlled downward trend. However, this fact does not relieve us of the dangers of water pollution and draws our attention to the means of detecting and avoiding such pollution [14-16]. This, of course, also necessitates the provision of training and technological know-how.