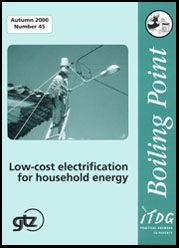 The electricity industry in Orissa State (population 35 million people) of India has been restructured and privatised. Generation, bulk, and regional distribution have been split into different businesses, Indian and multinational capital companies have taken over ownership, and the institutional stage would appear to be set for profitable growth and development.

But all this in itself makes little difference to what actually happens at the village level. Most of Orissa’s 39000 villages are nominally ‘electrified’, but over a quarter of all the power that is supplied to them is stolen, and in some rural districts less than a fifth of that part of the power that is invoiced is ever paid for. Meters are absent, broken or unread, bills are wrong, undelivered or ignored, and field staff respond only to threats or to bribes. Transformers are burned out because transmission cables are shorted and the loads are unknown, and they remain un-repaired because they will only be blown again (Figure 1). Power may only be available for a few hours a day, or a week, and widely varying voltages frequently damage consumers’ appliances.

The tariffs for small domestic consumers, and for irrigation pumps, are in any case set well below the marginal cost of power to the distribution companies, but it is intended that the losses should be cross-subsidised from the profits on power supplied to industrial users. The companies can never make a profit on rural power, but in the present circumstances their losses are such that it would make more sense to withdraw altogether. This is not permitted by the Government Regulator, and it is said that the private owners of at least one of the four regional distribution companies in Orissa are considering cutting their losses and returning the whole business to the State. This would undo the whole restructuring process, which is being presented as a model for the rest of India. The power is not worth paying for, and therefore is not paid for; the vicious circle spirals downwards, and there appears to be no remedy.

A new micro-privatisation initiative, however, appears to have the potential to make an improvement. A study by the Xavier Institute of Management (XIM) in Bhubaneswar found in 1996 that in a few villages the people themselves had got together in an effort to put things right. They were informally collaborating with the local linesmen, often with informal inducements, to control unauthorised power use in their villages (Figure 2), and to facilitate meter reading and bills collection, in return for improved power supply. In one case the village people had even paid for a new transformer.

We concluded that it might be possible to learn from these informal initiatives, and actively to promote similar local groups to take over the village level distribution task from the power supplier. Several attempts were made to persuade DfID and other donors to fund a small experiment, without success. In 1999, however, when the privatisation of the regional distribution companies had been completed, the management of BSES, the owners of WESCO and two others of the four companies, agreed to finance XIM to undertake a pilot experiment with 100 villages in Bargarh in the North Western part of the State. They did this without any donor support, and not out of ‘social responsibility’. They realised that this form of community development might be a good investment. 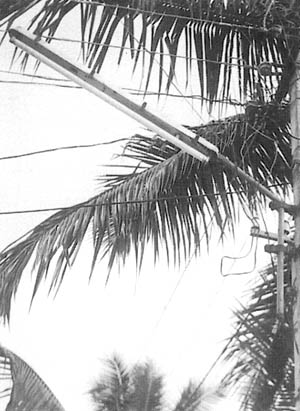 In the event, it has been exactly that. Cash collections from the 100 villages increased from about $34000 in the period from August 1998 to February 1999, to $71500 in the same period a year later, after the committees had been formed. The extra collections covered the cost of XIM’s work, at $275 a village, in about five months. Payment to XIM is in any case strictly by results, as a proportion of the increased collections.

This success has achieved by following a more or less standardised procedure. After some false starts with NGOs and other inappropriate intermediaries, the following system was evolved:

· A team from XIM explains the potential benefits to village meetings.

· After a maximum of three meetings the villages form committees, including the linesman as an ex officio member, and appoint a Village Contact Person (VCP) from among themselves.

· The XIM team helps the committee and the VCP to collect together and present their grievances to a WESCO management representative.

· WESCO and the committee, with mediation from XIM, settle (in a maximum of 10 days) billing errors, long overdue amounts for undelivered power and so on.

· The WESCO representative agrees with VCP on a cash collection day, comes to village and takes cash.

· Illegal consumers are persuaded by committee either to unhook or to accept legalisation, to pay a $10 connection charge and receive a meter.

· WESCO pays the VCP a fee for each meter reading and each bill delivered, amounting to about $5 a month for a typical village. This is an appreciable sum for an otherwise un- or under-employed person.

· XIM provides advice on a declining basis, which is terminated after about one year.

As a result of this initial success, XIM have been contracted to provide the same ‘treatment’ to a further 3000 villages. It is envisaged that the process will be extended throughout the State, at as fast a pace as XIM and its collaborators can manage. Other States are also showing an interest, as their power industries are restructured.

The same approach can also be applied to the tens of thousands of small lift irrigation points in Orissa and elsewhere, and indeed to almost any situation where the large-scale provider of a public service is failing to deliver the service to small communities. This undertaking, which has already proceeded beyond the experimental stage, is only one example of the micro-privatisation approach which is already being applied to the delivery of primary health care, education, post office, telecommunications, transport and many other public services.

The experience is barely one year old, and much remains to be learned. A number of important lessons have however already evolved:

· Community management can best be promoted if the endeavour is paid for and driven by a results-oriented organisation which has a vested interest in success.

· The promotion organisation should be organised like a marketing business, with clear responsibilities, measurable results and clear rewards.

· Traditional NGOs and their staff lack the skills and the attitudes which are necessary to achieve rapid and sustainable results.

· Community groups should be expected to perform one clear and simple task; they should not be burdened with a range of complex and different responsibilities.

· People should be motivated by the anticipation of real benefits to themselves, and the benefits should be delivered as promised, if necessary in small increments, and without delays.

Professor Malcolm Harper has been adviser to several enterprise development and micro-finance programmes worldwide and is director of two leading micro-finance institutions in India. He was also the founding editor-in-chief of the journal ‘Small Enterprise Development’