As is the case in Africa (see Boiling Point No. 29), most Asian countries are still heavily dependent on biomass fuels for meeting basic needs such as cooking, space heating, and energy for small industries.

Improved cooking stove (ICS) programmes are found throughout the continent. The national-level programmes in India and China enjoy high levels of government involvement and investment, and millions of improved stoves have been disseminated. Elsewhere, programmes are found primarily in the domain of non-government organizations, although, as in the Philippines, there is growing government support. There is also significant regional backing for ICS programmes, both through ARECOP, based in Indonesia, and through the Regional Wood Energy Development Programme (RWEDP) at the FAO in Bangkok.

Parts of Asia are experiencing the highest rates of economic development in the world, fueled by increased consumption of conventional sources of energy. There are some urban communities, such as Vientiane, which are changing rapidly to electricity or other high-grade fuels. Despite this, biomass will continue to be the main source of fuel for poor people in rural areas. As a result, ICS programmes remain of paramount importance in the energy policies of Asian nations. We hope that this issue of Boiling Point will serve to facilitate and augment the sharing of experiences among agencies involved in ICS programmes throughout Asia. 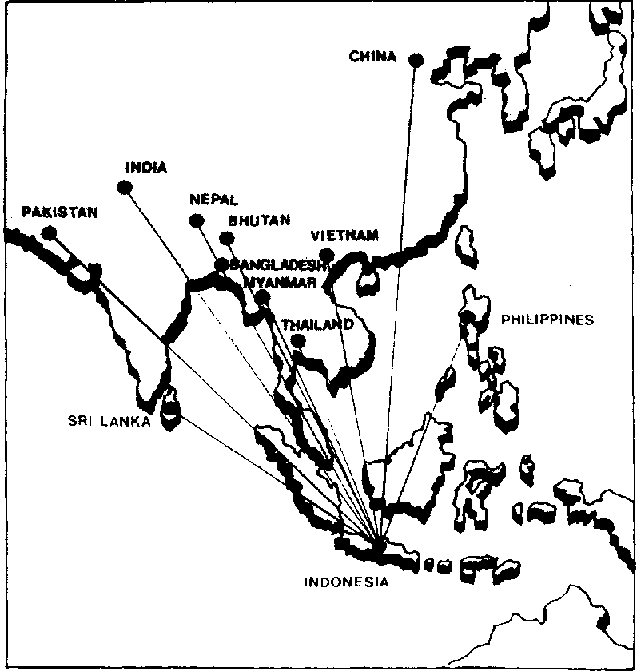