The Lao People's Democratic Republic (PDR) faces an energy dilemma unusual in the developing world. While the residential and small commercial sectors of most developing countries are still struggling to move up the energy ladder from 'traditional' fuels such as wood and charcoal, to 'modern' fuels such as LPG and electricity, the Lao PDR has made an energy transition that is little short of astounding. Even though the country remains at a relatively low level of economic development, the nation's rich endowment of hydroelectric resources has allowed the capital Vientiane to move, in little more than a decade, from total dependence on woodfuels to reliance on electricity for 50 per cent of its total household energy .

The overwhelming reliance on electricity that has emerged, particularly for cooking (62 per cent of Vientiane's residents use some electricity for cooking and 14 per cent rely on it exclusively), is problematic because meal preparation coincides with the evening peak demand for electricity and the Lao PDR also receives the highest price for its exports of electricity during this time. 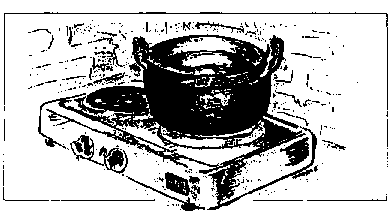 A related challenge is that the mushrooming demand for appliances - from hot plates and refrigerators to incandescent light bulbs, air conditioners and televisions has flooded the Vientiane market with affordable but inefficient 'electricity guzzlers' that absorb an inordinate share of domestic electricity production and further constrain export revenues. Vientiane thus may have made the 'energy transition' but it has not made fully what might be called the 'appliance transition'.

In response to the Energy Sector Management Assistance Programme's technical co-operation arrangements, the Government has taken some important first steps toward promoting energy-efficient behaviour. In preparation for the recently approved International Development Association financed Provincial Grid Integration Project which will extend electricity services to rural customers, the Government doubled the domestic tariff for electricity and reduced the 'lifeline' tariff, while still protecting the very poor.

This is a 'poor' use of electricity from the Utilities viewpoint because cooking may more than double base load demand for only short periods of time, causing large capital expenditure to meet these peaks.

Carolyn S. Tager, an ESMAP staff member; is a senior economist currently seconded to the Asia Technical Department of the World Bank.

This article first appeared in the October 1992 edition of The ESMAP Connection (Volume 1, Number 2).