An awareness programme was set up in 1991 as part of IDEA's commercialization approach to meet its five distribution targets for 1991 set up with ITDG. To support a mass media campaign, IDEA decided to survey the requirements of Sri Lankan purchasers and retailers.

In September 1993, an independent market research team reported that there were similar levels of awareness of the Anagi II in rural and urban areas of Sri Lanka. The researchers found that the urban lower-income groups (earning less than Rs1000 per month) were purchasing the stoves, but that the middle income groups (earning Rs1000 to 2500 per month) were more aware of the Anagi, particularly in the rural areas.

These findings were collected in a report, which proposed a more participatory promotion programme directed at potential purchasers. This should give a better understanding of the advantages of the Anagi, and provide an opportunity to join in practical installation sessions. An interest in the possible economic savings to be made did not figure very highly in the findings. The promotion programme was felt to be important and helpful in highlighting fuel and time savings and health benefits, which would improve the quality of life of Anagi users. It also facilitated good relationships between extension workers and users, and a better understanding of women's needs, and of health and environment matters. The report recommended extra group training sessions, with more attention to individual needs, and emphasized the value of participatory and innovative methods of presentation. 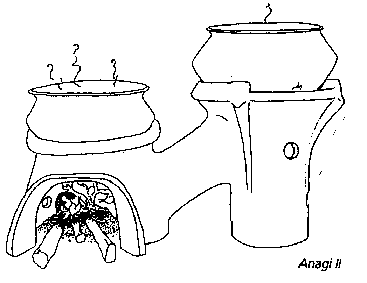 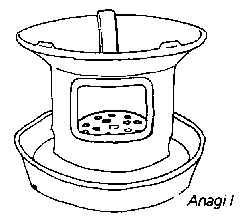 The commercialization of the dissemination of the Anagi II revealed a demand for a single-pot stove. IDEA surveyed retailers in the Kandy District who confirmed that there was a significant demand. Well over fifty per cent of sales were of single-pot stoves, but it was felt necessary to consult users for more qualitative information about the preferred design.

Random sampling and some structured interviews in Kandy District showed a demand from typical, small, Muslim families with small/temporary kitchens, and a wide range of incomes. Eighty per cent used other stoves in addition to their one-pot stove, for example, three stones, two-pot stoves, sawdust stoves, gas, kerosene, and electric stoves. The one-pot stove was generally believed to consume less firewood, but experience often did not support this. It was also liable to break, was smoky, and restricted the sizes of cooking pots that could be used. Eighty per cent of users were found to have installed their single pot stove at waist level.

IDEA should go ahead with the design of an efficient one-pot stove which will meet the various requirements identified in the market research report.