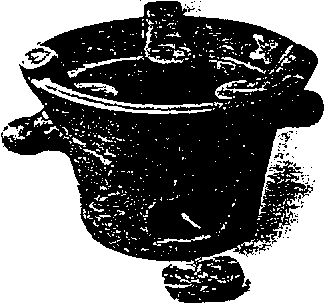 The report details the work carried out by this three-year pilot project during its second year. During this period it continued to test the acceptability of stoves developed earlier a portable, ceramic charcoal stove and its firewood counterpart (Morogoro Stove) and a fixed mud stove (Louga Stove): this was done through working in several villages in Morogoro Region and at the Women's Training Centre of the Christian Council of Tanzania near Morogoro town.

Activities concerning the Morogoro Charcoal Stove included training village potters to produce the stoves which were subsequently marketed by the project in Morogoro town with promising results Some problems were encountered regarding transportation and quality, and the project intends to concentrate on these issues, as well as the possibility of increasing production, in future.

With regard to the two firewood stoves both the Morogoro Stove and the Louga Stove have yet to be adopted by a substantial number of users of the traditional three stone fire. Various possible reasons for this are suggested by the project which found that although the stoves meet some users' needs, notably saving of fuel, these needs were not always strongly felt by users.

Environmental matters have been discussed with students and villagers resulting in the initiation of a pilot project partner, the Morogoro Women-focused Afforestation Project, designed to work with women in the project area.

The report concludes by stating its intention to use the final year of the pilot projects to determine the level of acceptance and production possibilities of the Morogoro Charcoal Stove. At the same time, it will continue promoting the firewood stoves, although it raises the question of how effective it is to tackle deforestation through the promotion of fuel-saving stoves.

Anne reports that "Forty women potters were trained in association with the project in four villages". A leaflet with diagrams showing the essential dimensions for the stoves' efficiency has been produced and given to all potters trained by the project - see Fig. 3 for details. 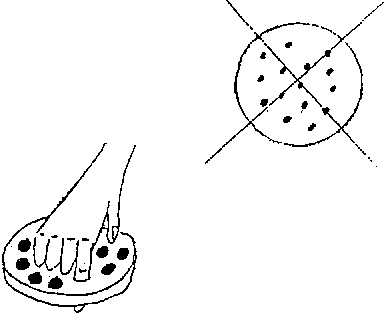 However, she later reports that "Less than half of the potters trained are currently producing due to some of them moving away or spending more time on other activities.. "Production for the market has been carried out almost entirely in the villages by potters trained in stove making by the project using traditional methods.. "The total sale of stoves during the year was 897".

The project's target figure of introducing stoves to one household in twenty during 1986 and 1987 (5%) indicated an average of 62.5 sales per month (1985 report) which has been exceeded in the first of these years as sales averaged 952 for the whole period and 130.8 for the last five months. (not all salt were made to Morogoro residents but the number of stoves going outside the region is not very significant) However, the target figure is quite modest and it is realized that 50% of charcoal-users would have to use improved stoves in order for a significant impact to be made on charcoal consumption. If this figure is to be reached, considerable expansion would have to be made in the production system as well as the supporting facilities (promotion, training, marketing, etc.) at present supplied by the project. The project is particularly concerned that control of production and profits should not be taken out of the hands of women, as has happened in numerous small, successful women's enterprises.

The firewood version of the stove, although fuel efficient, has so far found no significant commercial market and users of traditional stoves (the three-stone-fire) are not so readily convinced, as charcoal users are, that the Morogoro Stove is better-suited to their needs than their old one. Changing generations of habit among a substantial number of users will undoubtedly take longer than the three years of this pilot-project.