Although we are not continuing to report the correspondence between Madhu Sarin and R.P. Upadhyay which is running in the Indian "Economic, Political Weekly", Madhu Sarin has made some important points of general interest in her latest contribution (April 25, 1987).

The improved chulha programme, like many other, is essentially meant to replace an existing technology with a supposedly improved one. It should, therefore, be concerned with the processes by which technology transfer takes place. Working up from the bottom, rather than down from the top, one first needs to look at the needs of the ultimate user - the mainly rural (although also some urban) women cooks. Unless their needs are met and they perceive the technology to be offering them definite benefits over their traditional chulhas, the technology is unlikely to gain acceptance. Given the enormous diversity in the cooking needs and practices in the country, this essentially necessitates designing mechanisms whereby necessary design adaptions can be made as and where necessary.

Assuming that the improved chulha design has passed this test, one needs to look at what assistance the user will need to adapt to the new technology and learn how to derive its potential benefits.

Tall claims by technical institutes notwithstanding, no breakthrough has been made in the basic technology for over 40 years of experience, we are making the same mistakes as were made by the Gandhian promoters of the magan chilha then - i.e. not giving due attention to the finer details at the household level which make the chulha take root there or not.

In terms of dissemination strategies, it is important to first pinpoint the major differences between traditional chulhas and chulhas with chimneys which the users and those building them must understand. Given that women are used to making their traditional chulhas themselves, they happily alter even the improved chulhas even when they have been properly built. If they do not understand the important relationship between different components of the chulhas and how these affect its performance, they can easily end up with their optimised, improved or efficient chulha not only guzzling up far more fuel than before but also not cooking their food properly despite this.

Therefore, the key to the success of the programme lies in ensuring that essential understanding about how the new chulha functions is absorbed both by the ultimate user and the person building the chulha for her. Unfortunately, this is something which takes time and a lot of effort. It demands building into the dissemination structure effective mechanisms of follow up and educational support to the users and good quality training (teaching not just construction but proper use and maintenance, user education and problem solving) to those interacting with the user.

Our whole emphasis has been not on developing a chulha model but a flexible design and dissemination system based on certain principles which can be adapted for differing needs. Unfortunately, DNES has failed to appreciate that. By converting a 'system' into 'an optimised chulha' it takes away the essence of what makes the technology meaningful at the household level. It does not matter whether the chulha is the Nada Chulha or any of the other models. Picking up just the chulha and dumping it in villages minus a workable dissemination methodology is bound to leave the chulha programme in trouble, no matter which model is used." 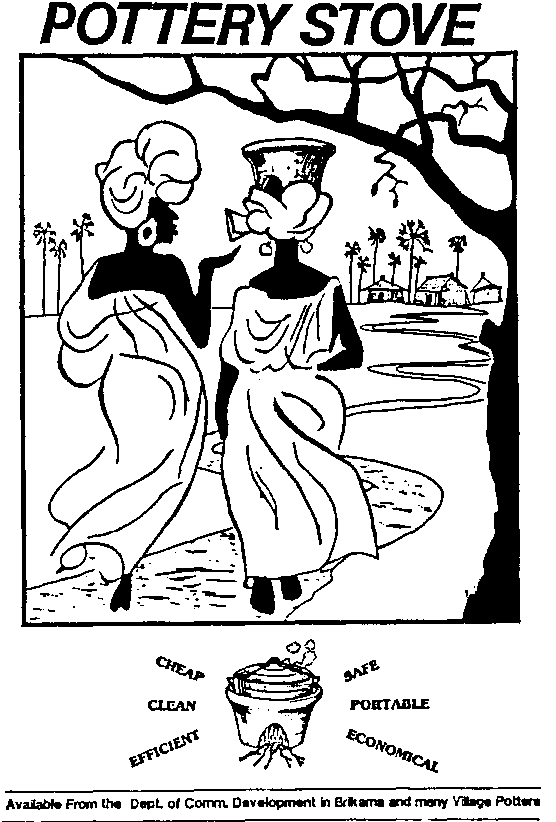