IMPROVED STOVES: SAFETY IS IMPORTANT TOO

The safety aspect of an improved stove seldom seems to be accorded the importance that is given to other aspects of stove design. Hence the comment, without clarification, in a report by a team of overseas stove experts who had visited the Morogoro Fuelwood Stove Project that "only a limited number of pans could be used on the Morogoro Stove". This is due, in fact, to the inbuilt safety feature of the stove whereby the pan is normally partly inserted into the stove (shown in Fig. I ) where it is securely held between the upper parts of the pot-rests. Nevertheless, there is an alternative position (shown in Fig. 2) which allows for larger pans to be placed on top of the stove, although this is the more dangerous way. In fact this is the way that is always used with the traditional metal charcoal stoves. 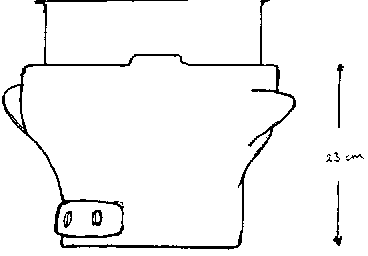 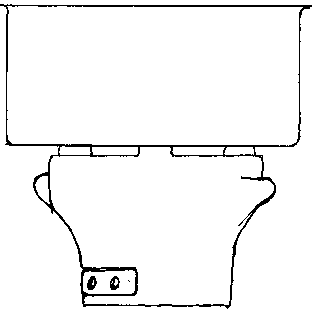 It is common knowledge to Morogoro residents that many accidents occur to children through the use of the traditional stove. This is doubtless true of all East Africa where this type of stove is used almost universally for charcoal. It is all too easy for an energetic child to knock against the pan - the stove is invariably placed on the floor - and send it flying, often resulting in the contents spilling either all over the child or one of his/her playmates.

Zaina Amadi, a domestic worker in Morogoro, tells of such an accident in her own home. While a pan of soup was cooking on the metal stove, she left the kitchen unattended for a few minutes; in her absence, her three year old daughter, Zena, overturned the pan and fell into the pool of boiling hot liquid spilt on the floor. She was severely burnt on her buttocks and thighs, taking many weeks to recover. She was lucky, not all the burn victims recover and there are dozens a year in this small town alone.

Zena's mother, who now has a Morogoro Charcoal Stove (see BP 10), says that if she had had this stove earlier, the accident would probably not have happened because "It's not easy to push the pan off the stove when it's sitting right inside it.. And she adds, "With those metal stoves, if a child just touches the outside she gets burnt, but with the ceramic ones (Morogoro Stove) the outside doesn't get very hot at all..

I hope that the planners of future stove programmes, and those currently implementing existing stove programmes - wherever they may be - will coasider these points when selecting a stove model for mass dissemination.