The following is a brief summary of the study carried out by ITDG and Sbeffield University on the composition and properties of clay materials and their behaviour when processed, fired and used. It considers porosity, anisotropic shrinkage, fired strength, residual stresses and how problems can be minimized by changes in design, handling and firing.

Starting from material that contained practically no quartz it has been found at Sheffield that the fired strength decreased as quartz was progressively added. This results from the quartz grains creating quasi pores in the fired material when they break away from the matrix on cooling.

In other work carried out by Koopmans, it was found that the strength first increased and then decreased as quartz sand was progressively added.

This initial increase in strength is thought to have occurred because of a reduction in the size of fracture initiating flaws as a result of lower shrinkage.

With a higher proportion of clay mineral in the green ceramic, it will shrink more during drying. The tendency for splits to occur will increase with increased shrinkage because shrinkage occurs non-uniformly with non-uniform drying. This causes stresses to develop, which can be relieved by the formation of fissures or splits. Either numerous small fissures may develop or fewer, larger fissures. The larger fissures will not heal during firing. Hence, fired stoves or liners made with material having a high value for the C/NCR may contain larger fracture-initiating flaws than those made with material having a lower C/NCR. The former would exhibit lower fired strength.

It is well known that when clay-containing bodies are formed plastically, the clay particles become aligned. Clay minerals have particles which are plate-like in shape. During plastic forming, the material is sheared. Slip occurs in slip bands, consisting of clay particles and water. In these, the clay platelets line up with their large plane faces parallel so that they can easily slip over one another. Between the slip bands, the more isometric quartz and feldspar particles form a band in which little or no deformation occurs. These regions also contain clay and water, but the clay particles are arranged between and around the coarser particles and are not preferentially aligned with the slip bands. This is illustrated in Figure 2. Fewer slip bands and/or narrower slip bands are formed as the concentration of clay in the mixture is reduced and the material becomes less workable.

When plastically-formed clay bodies are fired, the shrinkage is again anisotropic. This is because there is a different number of spaces between clay particles in directions perpendicular and parallel to the slip bands. 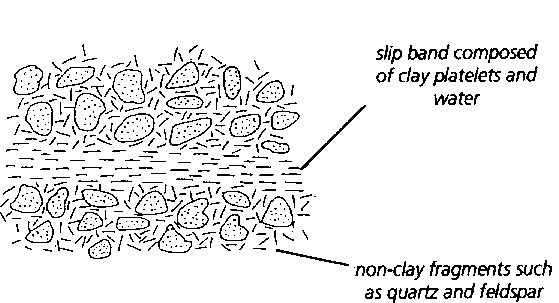 Fig 2 - formation of slip band in a plastic body containing clay and non-clay materials, as a result of shearing

If a sheet of plastic clay body is produced by rolling or extrusion, the clay platelets are preferentially aligned such that their large plane faces are parallel to the large plane surfaces of the sheet. Drying and firing shrinkages will be greater through the thickness of the sheet. However, this anisotropic shrinkage can occur without macroscopic stresses developing in the sheet. This is because the shrinkage through the thickness does not affect shrinkage in perpendicular directions and vice versa.

Consider a tube produced from a plastic body by extrusion or jolleying. The large plane surfaces of the clay particles are now aligned tangentially to the cylindrical surfaces in which they lie within the tube (Fig 3). The radial shrinkage of the tube during drying and firing should be greater than the circumferential shrinkage. However, in this case, shrinkage in a radial direction cannot occur without causing circumferential shrinkage and vice versa. Shrinkage in this case leads to the development of circumferential tensile hoop stress around the outer surface of the tube and compressive hoop stress around the inner surface.

Stresses may be partially relieved by distortion of the ceramic article during drying or firing and by developing fissures that may subsequently act as fracture-initiating flaws.

For these reasons stoves made by plastic forming using natural clays containing higher amounts of clay materials, i.e. higher ratios, are more likely to be highly stressed in tension on their outer surfaces. On heating up during cooking, these outer surfaces will be further stressed in tension. When the magnitude of combined stresses reaches the fracture strength level, structural failure occurs.

This has been demonstrated by extruding small cylinders. After firing, these were cut radially and found to spring open. Strain measurements showed that the residual stresses decreased as the C/NC ratio decreased. This is as expected as the anisotropy of shrinkage and the overall shrinkage will be reduced as the proportion of clay is reduced. Residual stresses are estimated for tubes made with a high clay/non-clay ratio to be a sizeable fraction of the tensile stress. 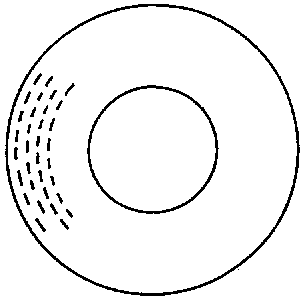