The Central Glass and Ceramic Research Institute at Khurja in Uttar Pradesh is the leading research institution for pottery stoves in India. It has recently experimented with castable fireproof cement stoves that can overcome many of the weaknesses often associated with pottery stoves. Although clay has many benefits as a stove material it also has many limitations that are often ignored.

- the fabrication process is lengthy and highly dependent upon the weather

- shrinkage on drying and firing not only introduces residual stresses, it also means the stove must be made over size to compensate if it is to be used with a metal cladding

- pottery needs to be fired, which consumes fuelwood in large quantities

In India refractory castables are widely used in the iron and steel making industries to make monolithic linings and appear to be a suitable material to make liners for stoves. Refractory castables are a dry mix of refractory aggregates and bonding materials. When mixed with water, a type of wet concrete mass is formed which can be cast into a mould and left to dry. Ceramic bonding is developed in the casting by heating to high temperatures but this is not essential for stove liners. The refractory aggregates consist of fire clay grog, bauxite, sillimanite and other alumina materials or chromite etc. which do not undergo structural changes on heating.

Refractory castable materials are found to have the following properties and features:

- liners can be cast in steel moulds

- casting is a cold process and saves fuelwood

- they resist thermal shock and spelling

A feasibility study has been carried out on refractory castable liners and the results have been compared to those of a comparable factory making ceramic liners. 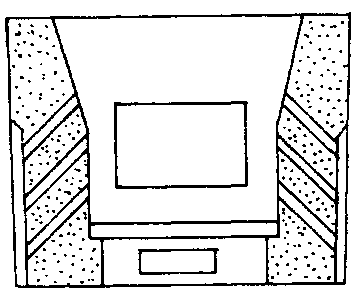 Fig 1 - Cross-section of the Portable Janta Chulha, a typical stove which could be made with castable refractories