Energy for the Household

Household energy encompasses all the energy that is used in the home, for everything from basic needs such as cooking, heating and lighting to comparative luxuries such as radio and television, refrigeration or air-conditioning. While this edition of Boiling Point touches on these other uses of energy in the home, cooking has always been the journal's focus because, among poor households in the developing world, this represents the largest single use of household energy. The majority of poor households depend on biomass fuels for this purpose. The collection and management of biomass fuels are laborious and time-consuming and require, in turn, significant expenditure of human energy.

Switching to LPG fuel, kerosene or electricity may be desirable in terms of fuel efficiency and convenience, but these options are denied to many poor households because supplies are unreliable, or because the costs of stoves and other equipment are prohibitive.

Even in the absence of fuel switching, a great deal can be achieved in terms of increasing the efficiency of energy use in the household. Improved cooking stoves are one option; more efficient use of the three-stone fire, which is still the most widespread cooking technology, may be even more important. Such improvements can only have a significant impact on global levels of biomass use if they are widespread. To ensure this, awareness of the issues, and of the means of tackling them, must be shared as widely as possible. Two of the major aims of ITDG's Stoves and Household Energy programme, and of Boiling Point, are to contribute to raising the profile of household energy issues and to disseminate knowledge and expertise in the field of cooking technologies. 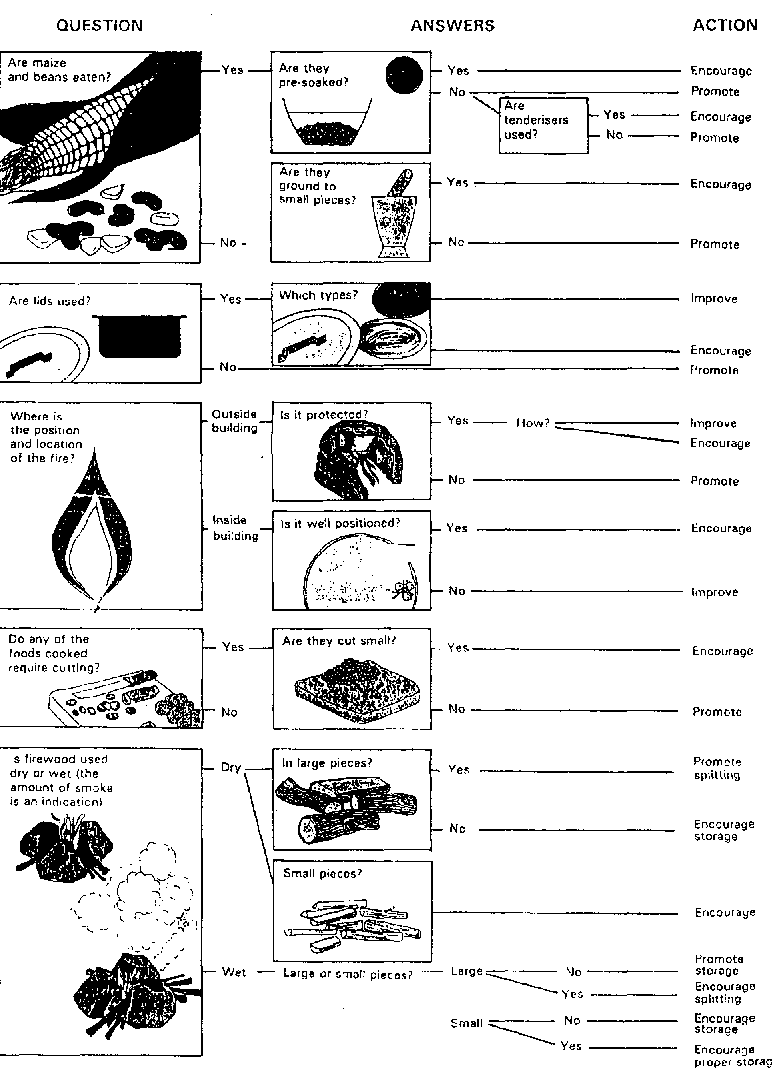 Tips for cooking with less fuel