About half a soil's volume is pore apace which is occupied by varying amounts of air and water, depending how wet the soil is.

Water is held in the pore spaces in the form of films adhering to the soil particles.

The smaller pores in the soil are called micropores the larger ones are macropores. Macropores don't hold water well, because the water films become too thick to adhere well to the surrounding soil particles.

Soils hold water very much like a sponge, so we'll use this analogy to explain some basic soil water principles. Get a sponge and a pail of water, and follow along:

• Dip the sponge in the water and then hold it over the pail. Some of the water is draining fro. the sponge, even though you're not squeezing it. This water is being lost from the macropore spaces in the sponge where the files become too thick to be held against the pull of gravity. It's the same way with soil after a rain or irrigation. Water begins to move out of the macropores downward through the soil. This is drainage water. It moves down until it reaches the water table (where water ponds) or runs into drier soil where it becomes held in the micropores.

• Available vs. unavailable water: The water that remains in the sponge after natural drainage is all held in the micropores. It'- the same with the soil. A soil at this stage is said to be at field capacity (micropores full). Now squeeze the sponge. At first, it's easy to extract water, but then it becomes harder and harder. Again, it's the same with the soil. Only about half the water held at field capacity is actually available to plant roots. As the soil dries out, the water films become thinner and are held increasingly tightly to the soil particles, making it harder for roots to get water. When the permanent wilting point is reached, plants will remain wilted (and may die) unless water is added, even though the soil is far from completely dry. This remaining, unusable water is called unavailable water.

The Difference Between Water-Holding Capacity and Drainage

At first, it might seem contradictory that some soils can have both good water-holding capacity and good drainage, but these characteristics are compatible. That's because drainage takes place only from the macropores, and water-holding capacity resides in the micropores. The films of micropore water are resistant to being drained away by gravity. It's the macropores that allow a soil to retain enough air for the roots as long as drainage isn't impeded.

Soil texture has the biggest influence on water-holding capacity. As shown by Table 2-3, clays and clay loams have about twice the water-holding ability of sandy soils. That's because, in terms of pore space, clayey soils have a much larger proportion of waterholding micropores compared to sands. Surprisingly, they also have more total pore space, too, which is why dry clay usually weighs less than dry sand, given equal volume. 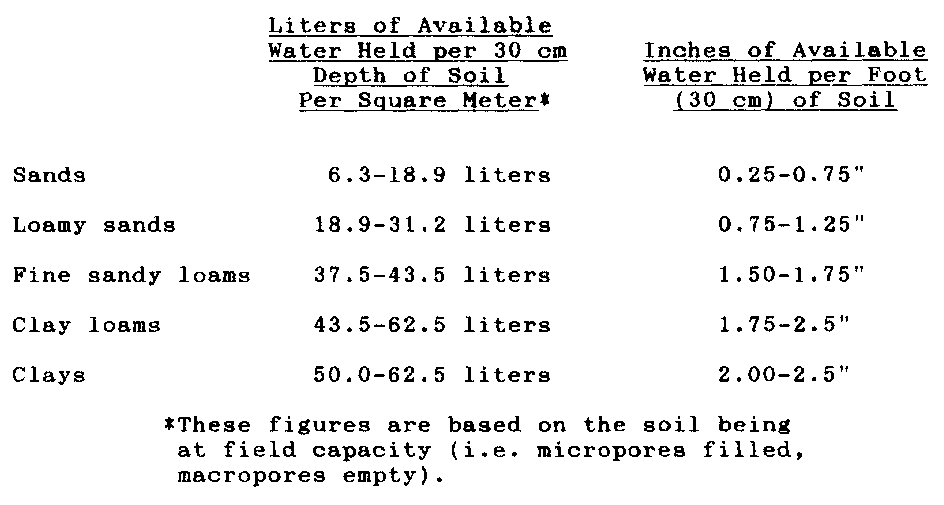 TABLE 2-3: The Effect of Soil Texture on Water-Holding Capacity

Humus can help in some cases: Humus will help increase the water-holding capacity of sandy soils but won't help much on clayier soils that already have good water-holding ability.

Figure 2-2 illustrates the important concept that sandy soils are more prone to leaching losses than clayey soils because of their lower water-holding capacity. If lettuce plants with roots 30 cm deep were being grown on the sandy loam and the clay soil in Fig. 2-2, the clay soil could receive almost twice as much water per application as the sandy loam without having leaching losses. It would also require watering only about half as often as the sand. Total amount of water needed per week would be the same for both soils, however.

FIGURE 2-2: Depth to which 3 cm of water (30 liters per sq. meter) will refill a dry soil (in this case, at the permanent wilting point) to field capacity.