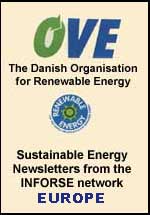 China was the first country in the world to discover and utilize biogas. The historic data can be traced back to The Western Han Dynasty, 100 BC. From that time to 1890 AD, China actively exploited and used naturally formed biogas from many Fire Wells located in Lingqiong, Gongjin and other places in Shu State of ancient China (today's Sichuan Province). Later in the period marsh gas produced from lakes in Erhai, Yunnan etc. was discovered and utilized as fuel. Natural biogas was widely collected with for example bamboo tubes and used for cooking, lighting, iron-smelting, military use, and salt-refining which was called Well Salt in ancient China.

Luo Guorui, a Taiwanese, developed a hydraulic biogas digester Chinese Guorui Natural Methane Tank. In 1930, he established a firm in Shanghai with branches in 13 provinces in Southern China. Luo held a few national biogas courses for hundreds of technicians who later on constructed more than hundred biogas digesters for technical demonstration in many places of China. Unfortunately in the year of 1942, Chinese Guorui Methane Cooperation collapsed due to the Second World War.

The development stopped until the year 1958, when some Chinese Hydraulic Biogas Digesters for demonstration were rebuilt in the rural area of Wuhan, Hubei. Mao Zedong paid much attention to this project and the example was followed by other provinces. The Chinese Ministry of Agriculture rapidly held national biogas courses domestically, which retransfered the biogas technology to many places of China and laid a good fundation for the biogas implementation in 1970's.

In 1968, some farmers in Sichuan and Guangxi provinces successfully restarted building biogas digesters. The experience spread to the nearby provinces. Biogas implementation became very popular in the early 1970's and the digester-building in rural China reached its peak. Central and local governments fully supported and appraised this mass action for providing energy, sanitation and fertilizer. They encouraged the initiative and creativity of the farmers, and assisted them technically and financially.

1978 to 1979 The National Biogas Construction Leading Group and National Biogas Construction Office where established. They were responsible for the technical implementation and management of biogas development in the whole China, and biogas development was later involved in the national economic plans. By 1978. the number of Chinese digesters had reached 7 millions.

After the entrance of 1980's, the Chinese leader Deng Xiaoping and the Chinese government emphasized and supported the roles biogas tech played in the promotion and coordination of energy, environment, ecology, sanitation and rural economic development. Thousands of researchers and technicians in NGO organizations like China Biogas Society and millions of Chinese people in cities, towns and rural areas, took biogas technique as one of the vital means in the process of realizing the Chinese type of socialist modernizations. The Ministries and Comissions in China supported and promoted biogas development by strengthening the scientific research and emphasizing the technical quality issues. In the last decade 5 million rural biodigesters, 200 industrial anaerobic digestion systems plus 10,000 City-township Biogas Septic Systems played exciting roles promoting organic agriculture, industrial pollution control and improved sanitation in cities as well. 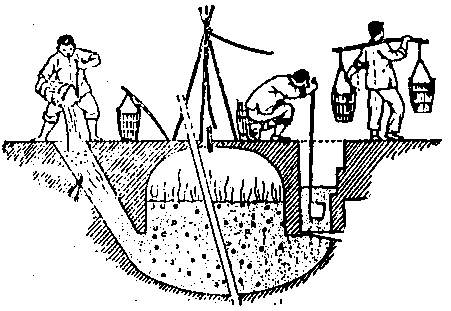 "Put in and take out material frequently. " From a Chineese biogas manual.

In the last decade, China established administrative systems for biogas implementation, biogas research and biogas industry systems; and state owned farm biogas projects have already been widely constructed. Neijiang, a city located in Sichuan, realized industrial biomethanation for energy production and anaerobic treatment of organic wastewater from 15 industrial enterprises. This efficiently reduced COD, BOD and color dis charge to the upper streams and tributaries of Yangtse River and decreased the emission of CO2 and NOx. Another sort of biomethanation in cities and towns of China is by means of Chinese City-township Biogas Septic System which is mostly used for public facilities such as hotels, hospitals, schools, appartment buildings and street toilets in cities in Sichuan Province. Anaerobic digestion reactors constructed for centralized wastewater treatment plants, sanitary landfills, and systems for specific wastewater treatment of petrochemical and biopharmaceutical factories are also feasible. The implementation of these new anaerobic treatment methods improved the urban eco-environment and obtained remarkable hygienic effect for preventing diseases. 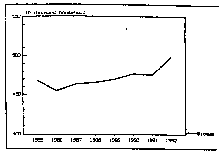 
Presently, biogas projects for treatment of excrete discharged by live stock and poultry farms in the Vegetable Basket Engineering bases around big cities are designed with the consideration of domestic eco-farming.

The mentioned endevours and contributions helped China to establish an entire set of decentralized biogas energy supply systems that mitigate the contradiction between energy demand and supply and solve the ecologic problems. These efforts and contributions made by the Chinese people and the Chinese government for peace and sustainable development are well known and understood by all nations in the world.