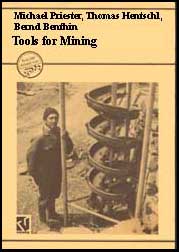 Spiral separators vertically separate the feed slurry in the launder (channel) according to density differences. The heaviest feed particles fall to the bottom of the launder, where frictional forces slow their velocity. As a result, the slower, heavier grains are less subject to the centrifugal forces (generated by the flow of slurry through the spiral-formed channel) than are the lighter, faster grains higher up in the flow. This creates a horizontal density differentiation of the feed grains, with the heavy particles flowing along the inside walls of the channel, and the faster, lighter particles travelling higher up towards the outer rim. The discharge outlets are located on the inside of the channel for removal of the heavier particles (concentrate). Separation precision can be improved by adding additional water during the sorting process.

The launders (channel) are made of rubberized cast-iron or cast-steel or, in more modern constructions, also of fiberglass or ceramic. The design involves numerous pipes for supplementary-water intake and discharge outlets, making the spiral separator a fairly complicated construction.

Spirals of this kind were first manufactured by Humphreys in 1943.

The complicated pipe-system for input of auxiliary water and removal of concentrate makes the Humphrey's spiral less suitable for small-scale mining, although as a continual, non-powered sorting apparatus with high throughput it achieves good separation results. 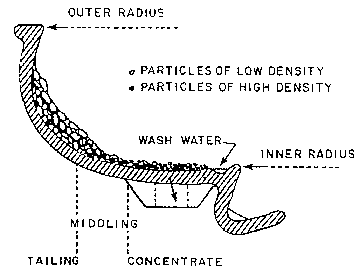 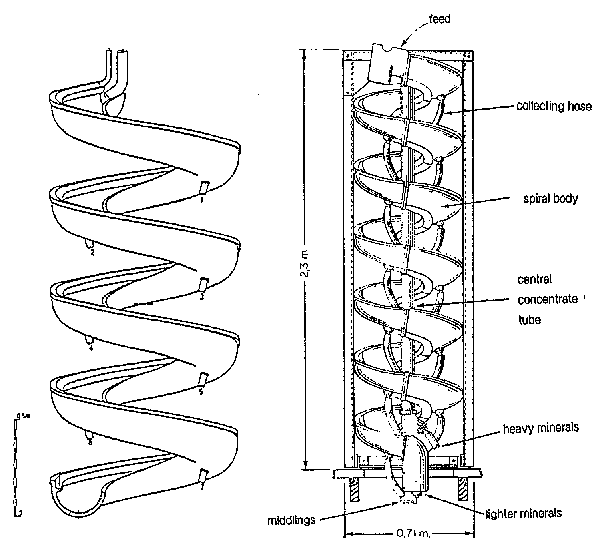