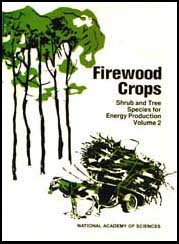 Maesopsis eminii is a quickgrowing, short-lived species suggested for enrichment planting in the humid tropics where it grows well if the canopy opening is sufficient and there is no dense shade. It is also recommended for well-drained grassy areas of watercourses.

This fast-growing deciduous tree is cylindrical, straight, free of branches for 9-20 m, and has a wide-spreading crown. The size of the tree decreases across the African continent from east to west. In Nigeria it is seldom over 15 m high, while in Uganda it grows to 36 m.

The species is native to tropical Central Africa from Liberia to Tanzania, covering a range of latitudes from 8°N to 2°S. Plantations have been established or natural forests managed in Fiji, Indonesia, Malaysia, Kenya, Tanzania, Uganda, and Zaire. Trials have been established in other African countries and in Costa Rica, Hawaii, Western Samoa, and the Solomon Islands.

Plantation wood of Maesopsis eminii is light and therefore is not an ideal fuelwood. Its specific gravity is 0.38-0.48.

On good soils in Africa the tree may grow 2-3 m in height per year while it is young. In Uganda, musizi forest plantations are managed on a 30-year rotation, producing a final volume of 20-30 m3 per ha per year. In many areas, yields of 8-20 m3 per ha are common; on fertile volcanic soils of Malaysia and Indonesia annual yields even reached 20-30 m3 per ha with a maximum of 33 m3 and 40 m3 per ha, respectively.

· Fruit. The fruits, which are often eaten by animals, contain an edible oil.

· Wood. The wood of Maesopsis eminii is open "rained and light brown and, although light weight, is tough and easy to work. It tends to warp, split, or collapse during seasoning, but is used for general indoor construction, joinery, and veneers for matchboxes. It is also suitable for plywood and pulpwood. On Java, Indonesia, the species has been proposed as a substitute for Albizia falcataria because of its similar wood quality and its resistance to the Xystrocera woodborer, which damages the Albizia.

· Miscellaneous. In Zaire the trees are planted to shade coffee and cocoa plantations.

· Temperature. Maesopsis eminii grows in an area of mean annual temperatures ranging from 22° to 27°C, while the mean minimal temperatures of the coldest months are 16°-24°C.

· Altitude. The tree is normally found between 100 m and 700 m elevation, but in several countries, including Uganda, it grows welt up to 1,200 m.

Natural regeneration is good; large quantities of seed are eaten and distributed by birds. The seeds number about 700 per kg. Artificial regeneration can be effected by direct seeding, but it is safer to raise seedlings in nurseries. Nursery stock should be planted out as pot plants at an early age, since the plants rapidly form long taproots. Stumps cannot be used.

· Seed treatment. Seeds must soak in cold water for 2-3 days.

· Ability to compete with weeds. The tree cannot tolerate Imperata grass competition during its early growth, but if it has been well tended during its early years, the rather dense umbrella crown rapidly suppresses competition. It is a lightdemanding species that can be planted in pure plantations, but it can also be used for underplanting or enrichment planting in open woodlands.

Young trees are susceptible to cankers caused by Fusarium solani and other fungi. Bacterial wilt has been reported from a site in Malaysia with impeded drainage. In Zaire, damage by the Monochamus scabiosus borer has been reported.

The species cannot stand heavy weed competition or waterlogged soils. It is too wide crowned for use where maximum productivity per unit of land is the aim. It does not like