Yokes and harnesses for horses, donkeys and mules

This is the simplest type of equine harness. The breastband is a broad band of leather which circles the animal's chest and connects to traces which in turn connect to a swingtree and the load. The band is held in place by straps. The forward strap, the neck strap, adjusts so that the breastband can be raised or lowered for correct position on the chest. The backstrap holds up the ends of the breastband where the traces attach.

This type of harness is not as efficient as the collar harness because the animal's push is concentrated on a comparatively small band of leather. However, it is quite adequate for light or medium tillage, or cart work. It is inexpensive and easy to make and fit. 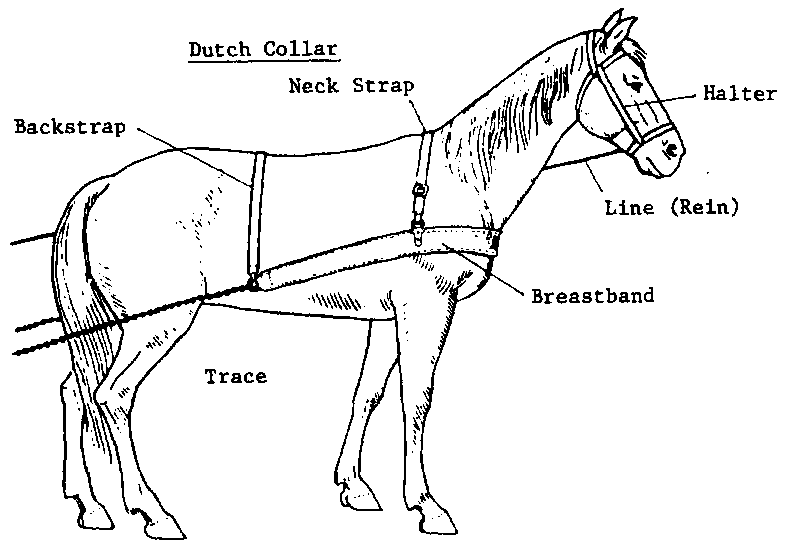 Equine animals are sometimes yoked like cattle, but they must first be fitted with pads and collars that protect their withers and give them a point to push from.

Generally speaking, yokes do not permit efficient use of equine power. 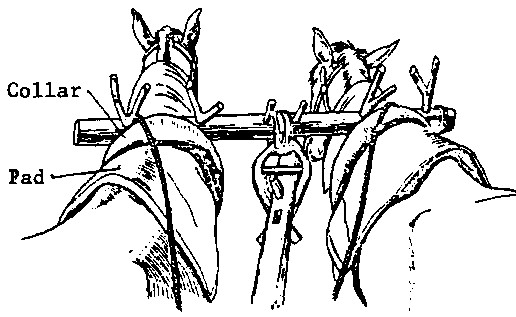 Yoke Adapted for Equine Use 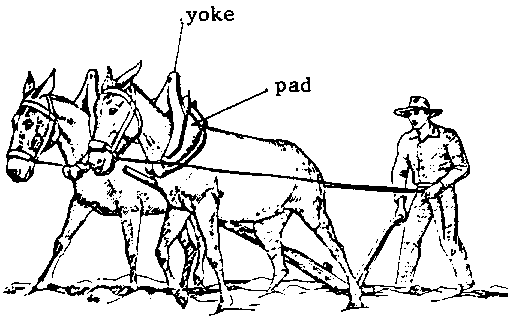 Wooden-Sling Type Yoke Used with Collar. The sling is similar to a set of hames.

Horses, donkeys and mules have no natural padding to absorb the pressure of a yoke. For this reason, a pad is provided before the yoke is applied. The pad is called a collar. The "yoke" is made of pieces of wood or metal called hames. The hames, which are joined at the top with a strap, are placed over the withers and seated into grooves in the collar. When the animal pulls, the collar presses against the chest and shoulders and transmits the power to the load through the traces (straps or chains connecting the hame to the swingtree behind).

The point where the trace meets the hame is called the point of draft. The attachment is made by trying or hooking the end of the trace to a ring on the hame called the hame-draft.

The dark area in the drawing shows the correct position of the collar. The white circle is the point of draft. The dotted lines show the correct line of draft for (1) a cart with two shafts, and (2) an implement or swingtree. 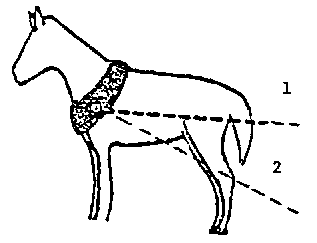 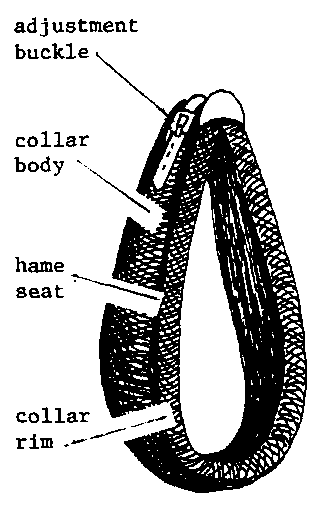 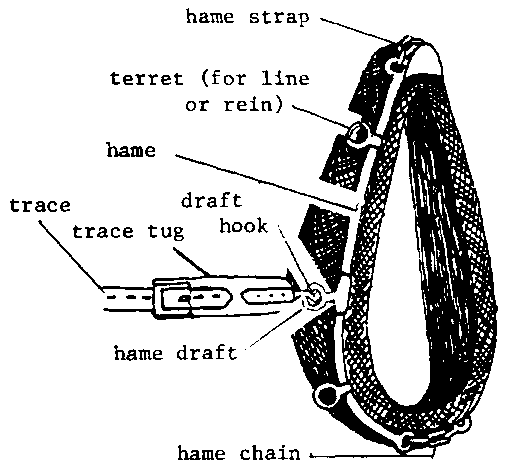 Collar with Hames and Trace


Besides collar, hames, and traces, collar harness has a surcingle which fits around the animal's girth and helps carry the traces and lines. The strap may be used to hold up the shafts of a cart, and in this case it is furnished with a pad to protect the back. The strap with the pad attached is called a lack saddle.

The last part of the collar harness is the bridle. It is similar to a halter, but instead of controlling the muzzle or nose, it controls the mouth. It is a system of straps designed to hold a metal bar or bit in the animal's mouth. A line is attached to either end of the bit, allowing the driver to turn the head. An even pull on both lines brings the head down and toward the chest, stopping the animal. The lines usually pass through supporting rings on the hames; the rings are called ferrets. 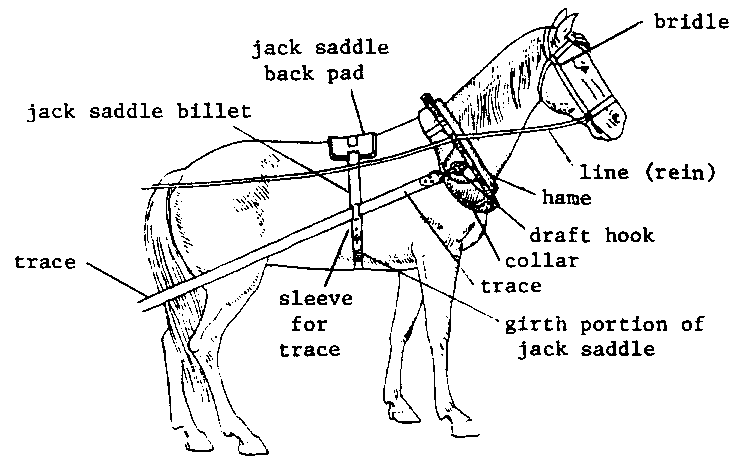