What is animal traction?

In many parts of the world, farmers have adapted hoes and cultivating tools so they can be pulled by people, animals or engines. This is called mechanized agriculture; the type of power used is called traction, or pulling power.

Animal traction, animalpowered mechanization, and animal draft are terms which describe the use of animals to pull farm equipment, vehicles, and other loads. The most common draft animals are cattle, horses and mules, but donkeys, camels, domestic water buffalo, yaks, dogs, reindeer and even elephants are used for traction in some parts of the world. The kind of animals used and the kind of work performed depend largely on people's resourcefulness in raising and training animals and devising hitches that allow them to pull.

Illustrations on the walls of Egyptian tombs show farmers using animal traction from as early as 1400 B.C. In these hieroglyphics the handle of a hand-held hoe was extended and lashed to the horns of oxen with rope. These illustrations also show humans pulling plows.

The first plows, pulled by people or animals, probably were not used to break the soil but to stir soil which had already been loosened by hand-held hoes. Animals were used to pull branches across a seedbed in order to cover the scattered seed.

In the transition from manual hoeing to human or animal traction, the basic "elbow" or "checkmark" design of the hoe did not change. What changed was the method of pulling. Instead of being pulled in a series of short, individual strokes or chops, the hoe was pulled continuously. It was this continuous motion which transformed the hoe into the "plow".

Why use animal traction?

Agricultural mechanization has become a high priority in developing nations. This innovation is important because farmers using traditional techniques are unable to produce sufficient food for increasing populations. Mechanization can expand the area under cultivation and provide better soil preparation, leading to greater harvests. Government extension services therefore strive to give farmers tools, information and advice to enable them to increase productivity.

Benefits of mechanization to farmers include lightened workloads, better and more regular yields, or an easing of problems caused by short growing seasons or insufficient labor. Mechanization also can help to produce income with which farmers can acquire goods and services.

Yet mechanization is not practical or economical for every farmer. New tools are expensive. Acceptance of new techniques increases dependency on outside technical assistance. Thus the farmer who already produces enough food for his family may be reluctant to risk a known harvest (traditional yield) for an uncertain gain in productivity. 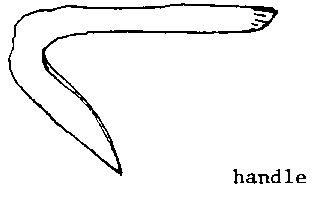 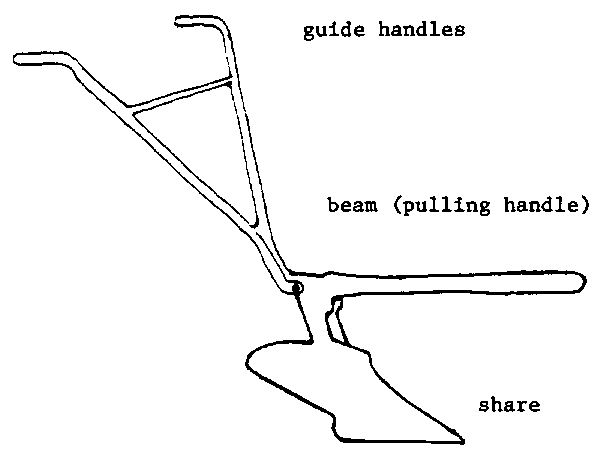 
Efforts to revolutionize agriculture with machines, cooperatives, and market controls have met with social resistance and technical failure in some areas. Similarly, efforts to improve handpowered systems with fertilizers, pesticides, and improved seeds generally have not produced food surpluses nor eased the burden of manual labor.

The search for agricultural technology that meets the needs and desires of both farmers and governments has led to increased interest in animal traction ("antrac"), sometimes called "light mechanization". Farmers, agronomists and agricultural extension services often cite the following advantages of using animal traction:

• It reduces the difficulty of labor and makes farming a more appealing occupation. Farmers who might seek employment in other areas are encouraged to develop existing skills and abilities and improve operations.

• It is affordable technology. Animals and equipment are low in cost compared to tractors. With careful planning and application, the investment can pay for itself in a few years. Low-interest loans are often available through government or sponsoring agencies.

• Animals and equipment can be supplied locally, creating less dependence on external resources than tractors and other machinery. Tractors need fossil fuels, spare parts, and maintenance know-how which may not be available to farmers.

• Used on a small scale, it does not require radical changes in cropping patterns or the role of family or hired labor. Although it does reduce manpower needs in some field operations, the reduction is not drastic and labor can shift to other activities like planting, spraying, harvesting and caring for animals and harness.

• It creates work opportunities. The use of animal traction can stimulate the development of artisan resources, increasing jobs for local blacksmiths, carpenters, and leather-makers who produce needed equipment. It also creates work in the areas of transport, waterpulling, and till

age on a contract basis. (Farmers can hire out their teams and equipment.) Often new opportunities arise in marketing and agro-industry.

• It encourages livestock production and development of meat, leather and byproduct markets.

While there are advantages to using animal traction, there are possible disadvantages. Changes in one part of the total agricultural system may affect other parts of that system; without planning, the change from handhoe to animal traction may have negative effects on farming families. National agricultural goals like increased production, market growth, and agroindustrial development may be offset by disruption of important traditions and values. Here are some reasons why farmers may prefer traditional techniques:

• New techniques can disrupt established labor patterns and family organization. Farmers who use animals to plow extra land, for example, also must use animals to weed it. However, inexperience, animal or equipment loss, or poor advice from extension agents could leave farmers unable to perform mechanical weeding. The burden would then fall on their families.

• Surplus cropping may complicate traditional patterns of wealthsharing among family and friends. Farmers may be wary of jealousy, criticism, or demands that may result from increased production and selling of surpluses for individual gain.

• New technology can increase farmer reliance on outside technical assistance. Sometimes limited supplies, ineffective delivery chains, and absence of skilled agricultural and veterinary extension personnel have made it difficult for farmers to use animal traction successfully.

How can animal traction be used?

Animal traction farm technology can be adapted to meet the requirements of individual farmers. Nearly all manual tillage operations, such as hauling (by wagon), water-lifting, skidding (logging), and threshing, can employ animal power.

Animal traction can be used to complement ongoing manual operations or replace them entirely. Usually, mechanization of one operation requires mechanization of some others. In parts of Africa, for example, farmers plowing additional land using animals also have to mechanize weeding, because manual laborers don't have time to weed the extra crops. Harvesting and threshing, however, are done by hand because dry weather preserves crops, giving farmers time to complete these operations by hand.

As farmers increase productivity and earn capital, they are able to purchase more animals and equipment. Eventually, they may replace animal power with engine power.

But animal traction is not just for farmers who want to expand production. It is also for those who could or would farm if they did not have to do it by hand. While the logistics of financing equipment and technical assistance forces programs to concentrate on farmers who expand operations and stimulate markets, it should be clear that farmers who support themselves and their families contribute to the overall stability of national economies. The importance of this very fundamental view of animal traction economics becomes clearer as growing numbers of young people leave farms seeking an easier way of life in the cities. Animal traction technology can reverse this process by giving farmers tools that make their occupation secure and productive.

Before beginning: what do you need to know?

This manual is a practical guide to the selection, care, and training of draft animals, and to the equipment and field techniques used in animal-powered farming systems.

It is also a guide to animal traction extension, describing how instructors can teach these skills to farmers and other agents. Many animal traction programs offer special incentives and services to farmers willing to try new methods. These may include farm planning, financial assistance programs, veterinary and artisan support systems, marketing systems, and equipment supply and distribution procedures. Instructors must be familiar with these services and able to explain them to farmers.

animals and who treat them with care and kindness. Instructors can help new farmers most, perhaps, by showing them what to expect from their animals, and what the animals need in return.