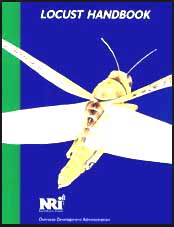 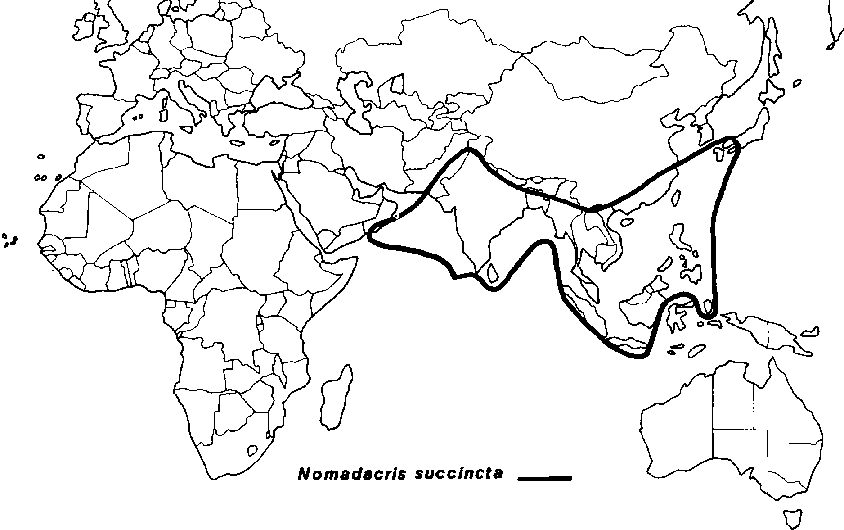 Fig. 132. The distribution of the Bombay Locust.

The Bombay Locust is widespread in southwest and southeast Asia (Fig. 132). It was a major locust pest in India in the eighteenth and nineteenth centuries but has rarely swarmed since the end of the last plague in 1908. However, in other countries it has become an important local pest as forest areas are cleared for cultivation. It inhabits grassy plains up to 1500 m and secondary habitats of coarse tussock grasses (mainly Imperata spp.), shrubs and trees.

There is one generation a year and the adults usually spend the dry cool season as an immature adult. With the arrival of the rains they mature and lay. In Thailand females lay 1-3 egg pods containing 96-152 eggs; in India up to four pods have been recorded with a maximum of 606 eggs from all four pods. The adults die soon after laying. There is considerable variation in the timing and extent of egg and hopper development. Table 17 compares the laboratory data from Thailand, India and Malaysia.

The hoppers are green with black spots in the early instars. In the later stages the colours are more variable: there is a green form and a dark orange-brown form both with two black spots at the base of the wing pads and a green form without the black spots.

Immature adults are generally pale brown with a pale yellow stripe along the back of the body. There is also a pale band on the sides of the pronotum with darker bands above and below. This colour darkens after 6-8 weeks to a rosy red colour especially on the lower part of the hindwings. On maturation the locusts become dark brown.

Hatching occurs at night or in the early morning and the young hoppers move into stands of various small wild grasses. From about the third instar they begin to feed on other plants, especially maize. During the early part of the day hoppers are found near the tops of plants on the east-facing side, at midday they are likely to descend to shaded parts returning in the early evening to enjoy the last of the sun on west-facing plant stems. Bands of the Bombay Locust have not been reported but this could be because they would be difficult to see in dense vegetation.

Immature adults in non-swarming populations are remarkably static. In Thailand up to 50 immature adults have been recorded from a single maize plant. Their movements are restricted to a few adjacent plants. If disturbed they will fly up to about 100 m and then settle. After the maize is harvested the locusts move back to the local grasses to feed. Populations become concentrated during the dry season especially when burning of the old maize stalks occurs. However, there is still only local movement between stands of grasses and shrubs and banana groves. With the onset of the rainy season the adults rapidly mature, copulate and lay.

It is only in India that the Bombay Locust has formed swarms, and the following account is based on the last plague in 1901-1908.

From November to March swarms spend the cool months in the western Ghats. In March and April the swarms become more active during the day leaving the forest areas where they have spent the preceding four months. By May the southwest monsoon has become established, and the swarms are displaced northwards, northeastwards and eastwards towards Gujarat, Indore, Nagpur, Hyderabad and the eastern Ghats. By this time the infested area can be some 500,000 km²; the vegetation is typically dry woodland, perennial grasses and millet cultivations. If rain falls in June the swarms split up and lay, but if the rains fail then the swarms continue to move northeastwards possibly as far as Orissa, Bihar and Bengal.

Females prefer to lay in the black cotton soils avoiding dry or waterlogged soil. They choose areas of open grassland, burned millet fields or the bunds (raised areas) between fields. Fledging begins about September and the young adults remain amongst the ripening millet or wild grasses. As numbers increase loose swarms are formed which gradually increase in size and density. In October and November northeasterly winds become predominant over the area and swarms begin to displace in a south and westerly direction until they once again reach the western Ghats. Interestingly, although some movement occurs by day most of the return movement apparently occurs during the night.

The last swarm was reported from India in 1927 since then the Bombay Locust has only been found in small numbers. It is thought this is a result of cultivation spreading into areas of natural grassland and reducing the area available to the locust.

There have been outbreaks in Thailand and Malaysia where forest clearance has been the major ecological factor. In Malaysia the outbreaks appeared to be restricted to one year after clearance. This would seem to be a result of growing upland rice and regularly weeding the plots. Outbreaks in Sabah, the Philippines and Vietnam occurred in areas where natural grasslands were cultivated and a wide range of crops were damaged.