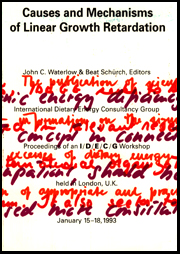 Prenatal intervention that would prevent low birth weight infants who are SGA would be a major contribution towards perinatal health improvement. We need, then, to search not only for causes of SGA (of which there are clearly many), but also for methods for predicting their linear growth. On the one hand, there are SGA infants growing very poorly after birth; on the other there are SGA infants who grow very well and achieve their genetic potential. It is commonly, and quite wrongly, taught that all SGA infants with growth retardation tend to catch-up in early months, though often not completely. Some do and some do not; clearly SGA infants are by no means an aetiologically homogeneous group.

Gruenewald (1963) 30 years ago, and Warshaw (1992) recently, together with Miller (1992), point out that it is inappropriate to diagnose SGA on birth weight alone. They describe what they call symmetrical and asymmetrical intrauterine growth retardation (perhaps the terms proportional/disproportional are more appropriate). In the symmetric type, body weight, body length and head circumference are all proportionately small at birth. In these SGA infants postnatal growth was poor/sluggish.

Asymmetric SGA infants have low weight and length, but normal head circumference. Most of these SGA infants showed postnatal catch-up growth and grew well. A small proportion exhibited some catch-up but, at least by two years, had not yet reached the 5th centile.