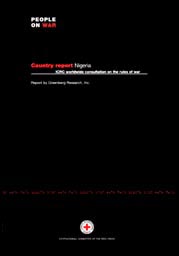 FIGURE 3 Combatants and civilians (per cent of total population responding)

Twenty-nine per cent of those surveyed choose the middle way, i.e., that combatants should "attack enemy combatants and avoid civilians as much as possible". This conditional response opens the door into a grey area in which attacks on civilians are allowed - at least in certain circumstances - and in which the rules of armed conflict begin to break down.

However, when prompted to volunteer their own guidelines for combatants, 37 per cent of Nigerians offer answers that promote the sanctity of civilians and civilian areas, while 9 per cent believe "everything is allowed". This divides down further into 16 per cent who believe combatants should not "kill or attack civilians"; 11 per cent who think that they should not "kill or rape women"; 5 per cent who believe they shouldn't "fight in civilian areas"; and 5 per cent who believe combatants shouldn't "kill children or the elderly". (See Figure 4.) However, 37 per cent of Nigerians surveyed do not name any act that they think should be prohibited. Among those distant from the conflict geographically (i.e., those who lived outside the area of fighting) and among those under the age of 40, the figure is even higher: 42 per cent and 44 per cent, respectively.

Similar gaps emerge when Nigerians consider what actions should not be allowed in war. While south-easterners rank robbing and stealing first (22 per cent), people in the rest of the country rank them at a distant 7 per cent. This may be explained by the fact that for south-easterners the war was fought on their home ground and they were the main victims of looting by combatants. For those living outside the south-east, the most often mentioned act is killing/attacking civilians (13 per cent), while for south-easterners it is ranked second, with 19 per cent. Nine per cent of all Nigerians surveyed believe "everything is allowed"; 15 per cent of combatants and 12 per cent of people who were kidnapped agree.

Focus group and in-depth interview participants also reveal strong feelings about the protection of civilians. As one woman eloquently summed up, killing civilians violates the laws of simple common sense: "So if then they attack the civilians, who then will be left after the war?" (IDI, student, Lagos)

The combatant soldier under no circumstances is expected to go and attack the civilian population. (FG, former Federal Army commanders, Kaduna)

It is wrong because the soldiers are with weapons while the civilians are with empty hands, civilians don't have arms. (FG, teachers, Port Harcourt)

[Moderator: Should combatants be allowed to do anything they want in fighting their enemy?]

The principal work of a soldier is to defend and protect the lives and property of civilians, do you understand what I mean? And the civilians are those who are not armed, they are not trained, they are not soldiers, so you are to fight to defend them, to protect them and when you turn to fight them, then, it is wrong. (IDI, disabled Biafran war veteran, Lagos)

While these kinds of opinions clearly serve as a starting point for viewing Nigerians' feelings about war, they are not absolute. When presented with possible situations that often occur in war - many of which happened in the Biafran conflict - the ideological walls protecting civilians clearly begin to crumble.

When told that civilians are voluntarily providing food and shelter to the enemy, the percentage of Nigerians who approve of attacks on them rises to 31 per cent. When respondents are told that civilians are being forced to provide food to combatants, that percentage falls by about one-third, to one in five (20 per cent). Similarly, when asked if it is acceptable to attack civilians if they are forced to transport ammunition for the enemy, more than one-third of Nigerians surveyed (36 per cent) say it is. If civilians are voluntarily transporting the ammunition, that percentage jumps to a slight majority - 51 per cent. These increases are not in themselves surprising, they represent the real-life dilemmas inherent in modern conflict, conflict that often blurs the line between civilians and combatants. (See Figure 5.)

Perhaps not surprisingly, south-easterners are more likely to say that depriving civilians of food, medicine or water is wrong than are Nigerians in other parts of the country (68 per cent versus 57 per cent), probably reflecting the memories of the widespread famine and deprivation that gripped Biafra during the fighting and in the period following the war.

These are vivid examples of how specific situations challenge Nigerians' preconceptions as to who should be caught up in war. Indeed, in many key areas regarding the treatment of civilians and combatants, the answers of those who give the unqualified response ("attack only enemy combatants and leave civilians alone") are statistically identical to those of the people who take the conditional response ("attack enemy combatants and avoid civilians as much as possible"). For instance, as mentioned, one-half of those who give the unqualified response say they would approve of attacking civilians who voluntarily transport ammunition for the enemy - but this is only one percentage point lower than those who gave the conditional response.9

9Seventy-three per cent of those who support attacking both combatants and civilians sanction such attacks.

Nigerians have mixed views about whether kidnapping, which was used as a tactic during the Biafran war, is acceptable. While 64 per cent of survey respondents overall think "it's wrong" to kidnap civilians for exchange, 29 per cent believe it's simply "part of war". Those who lived where the war took place are somewhat less likely to say they approve of kidnapping than are those who lived elsewhere - 26 per cent to 32 per cent. Similarly, older Nigerians are more likely to condone kidnapping than are younger Nigerians - 23 to 31 per cent.

Again, it appears that conditional answers creep in and threaten lawful wartime behaviour. When given a clear-cut choice in the survey as to whether kidnapping is "wrong" or "part of war", Nigerians frown upon hostage-taking as a means to get something in exchange. When presented with the same situation during focus groups and in-depth interviews, however, participants provide more nuanced opinions, but the conditional nature of adherence to rules governing war remains evident.

[I]f a civilian is kidnapped, it depends on what he is kidnapped for. If a soldier finds a civilian who is a very important person who is not a soldier, the army can capture the person... (IDI, disabled Biafran veteran, Lagos)

If I'm in trouble and I need to get out of it, any person I can lay hands on, I'll make use of the person, both kidnapping or whatever you call it. (FG, former Biafran field commanders, Enugu)

To me I say kidnap is sort of defence. The army get information from these civilians they kidnap. (FG, teachers, Port Harcourt)