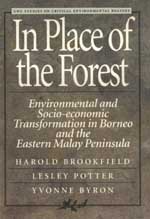 Note from the editors

This book is the second in a series from the United Nations University (UNU) research project, Critical Zones in Global Environmental Change, itself part of the UNU programme on the Human and Policy Dimensions of Global Change. Both endeavours explore the complex linkages between human activities and the environment.

The project views the human causes of and responses to major changes in biogeochemical systems - global environmental change broadly defined - as consequences of cumulative and synergistic actions (or inactions) of individuals, groups, and states, occurring in their local and regional settings. The study examines and compares nine regional cases in which large-scale, human-induced environmental changes portend to threaten the sustainability of an existing system. The aim is to define common lessons about regional trajectories and dynamics of change as well as the types of human actions that breed environmental criticality and endangerment, thereby contributing to global environmental change. The overall results of the comparative analysis are found in Regions at Risk, the initial volume in this series.

In Place of the Forest constitutes the case referred to as the eastern Sundaland region of South-East Asia in the comparative volume. Long-term changes in land use and land cover show up in major deforestation by the timber industry's mining of one of earth's oldest and most species-diverse tropical ecosystems and in the allegedly "unsustainable" or "environmentally inappropriate" cultivation practices attributed to massive infusions of poor smallholders. But this book challenges common claims about both the sources and the long-term consequences of various human activities and offers several significant insights. Eastern Sundaland emerges as a complex mosaic of subregional circumstances - forces at play in particular environments, physical consequences of these forces, and human impacts on and responses to the changes. Moreover, regional dynamics cannot be understood in isolation: most deforestation in eastern Sundaland is traceable to the pervasiveness of international demand for and access to the resources of the region.

Finally, whither criticality? Here, the volume argues that the region in general has not yet reached criticality, although considerable variation colours the subregional trajectories of change, and considerable uncertainty clouds the path that lies ahead for the region as a whole.

- Regions at Risk: Comparisons of Threatened Environments
- In Place of the Forest: Environmental and Socio-economic Transformation in Borneo and the Eastern Malay Peninsul
- Amazonia: Resiliency and Dynamism of the Land and Its People