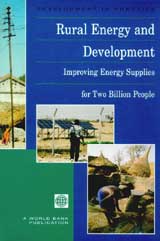 Taxes on petroleum products are an economically attractive way to raise public revenues, and many developing countries favor such taxes The price elasticities of demand. at least for vehicle fuels. are relatively low, which means that the deadweight losses are also relatively low: the fuels are mostly used by upper income groups. so the taxes are progressive: and they ate relatively easy to administer Such classical arguments for taxes are generally valid Taxes on cooking fuels, however. are an exception in developing countries Such taxes impair the substitution from biofuels to fuels such as LPG and are in effect regressive for low-income people. Furthermore. such taxes may drive up the prices of traditional fuels such as chat coal, as happened in Haiti (box 6.5).

While subsidizing cooking fuels is not good policy, therefore, developing countries also need to avoid high taxes on them. At the same thee. the case for taxing petroleum fuels for vehicle use especially remains sound. Depending on circumstances. moderate rates of taxation on LPG. kerosene, and diesel fuels will often be the best option Such tax policies are, of course, fully consistent with the goals of price liberalization.

Haiti has among the highest LPG prices in the Caribbean, if not the world, largely because of high taxes. Although few poor people in Haiti use LPG or kerosene, prices for fuels have historically been related (see figure). Hence, when LPG and kerosene prices are raised via taxes, demand for other fuels increases. Massive deforestation during the past twenty five years has depleted the country's wood supplies, so the poor use commercial charcoal, whose prices have risen with demand and along with those of the other commercial fuels. The taxes on kerosene and LPG thus have meant higher prices for the fuel used mostly by the poor. 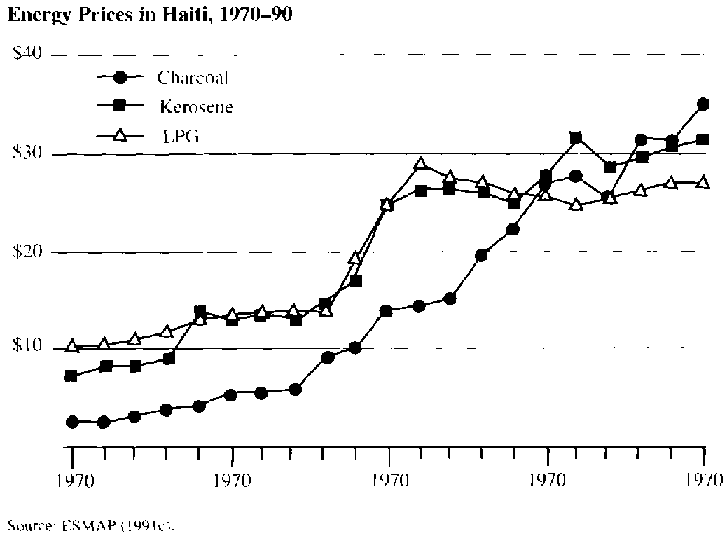